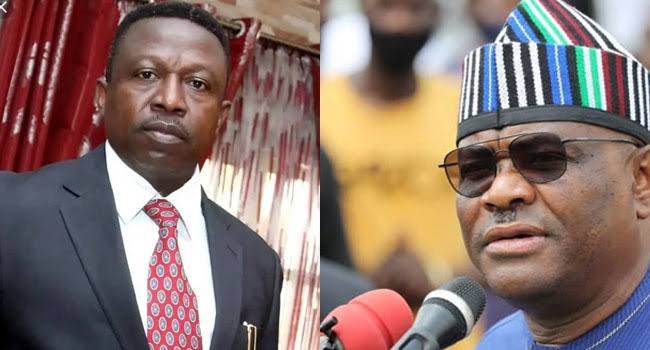 Nyesom Wike, the Governor of Rivers State, has fired his Commissioner for Health, Professor Princewill Chike

Governor Wike announced this at the State Executive Council Chambers on Monday during a courtesy visit by officials of the Medical and Dental Council of Nigeria who were in Government House to intimate him about their national conference holding in Port Harcourt.

The governor was enraged that the sacked commissioner solely approved the hosting of the conference without due process.

According to him, the poor execution of the plan by Professor Chike brought his administration to disrupt, coupled with the fact that the courtesy visit by the health body clashed with the state executive council’s approved date for the continuation of projects commissioning.

The governor, therefore, asked the commissioner to excuse the meeting before attending to the officials of the Medical and Dental Council, where he promised to further improve healthcare service delivery in Rivers State.

Related Topics:Professor Princewill ChikeWike fires Commissioner for Health
Up Next

End Of Banditry Is Now In Sight – Governor Matawalle Assures