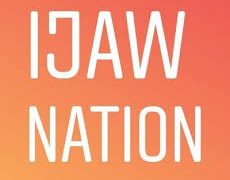 Ijaw leaders under the aegis of Ijaw National Congress (INC) have attacked former President Olusegun Obasanjo over comments on resource control and accused him of bullying the national secretary of the INC, Ebipamowei Wodu.

A viral video had surfaced recently where Obasanjo was shown launching emotional outburst against Wodu during the latter’s presentation of the Ijaw position at a forum organised by the Global Peace Foundation in collaboration with Vision Africa at the Transcorp Hilton Abuja.

Obasanjo was quoted as saying “as long as Nigeria is together, whatever that is under the ground is giving to all Nigerians by God”

The INC President, Prof Benjamin Okaba flanked by other leaders of the of the Ijaw nation in press conference addressed at the Ijaw House in Yenagoa, Bayelsa State capital on Friday said Obasanjo’s comments on the Ijaw nation was a joke taken too far.

According to him, Obasanjo and his likes over the years have denied the Ijaw nation their right declaring “we cannot be intimidated, hushed and harassed into moronic silence”.

Okaba who rejected Obasanjo’s argument on resource control challenged him to be bold enough to say the same thing for the gold and bitumen in Zamfara and Ondo states adding that “we consider his claim on resource control ownership as pernicious, provocative, oppressive and wicked”

The INC accused Obasanjo of displaying hatred against the Ijaw nation which has been shown in his attitude towards the people.

“Obasanjo has not visited any oil and gas related polluted sites across Ijaw land and the Niger Delta region to appreciate firsthand the enormity of environmental degradation and calamity suffered by the people with attendant epidemics, health challenges and lack of access to social amenities.

“We are not surprised at the hatred of the former President for the Ijaw and the Niger Delta people as he demonstrated a huge dose of this towards Ijaw people when he, in a supposed democracy, in 1999 ordered armed soldiers to invade an Ijaw community, Odi in Bayelsa State

“The ‘Odi massacre as known in the annals of Nigerian political history will remain unforgettable in t he memories of generations of Ijaw people.”

Okaba therefore demanded that Obasanjo retract “his misplaced anger and apologise to the Ijaw and the Niger Delta people, who, undeniably had been feeding him, his state and the Nigerian state over the years”