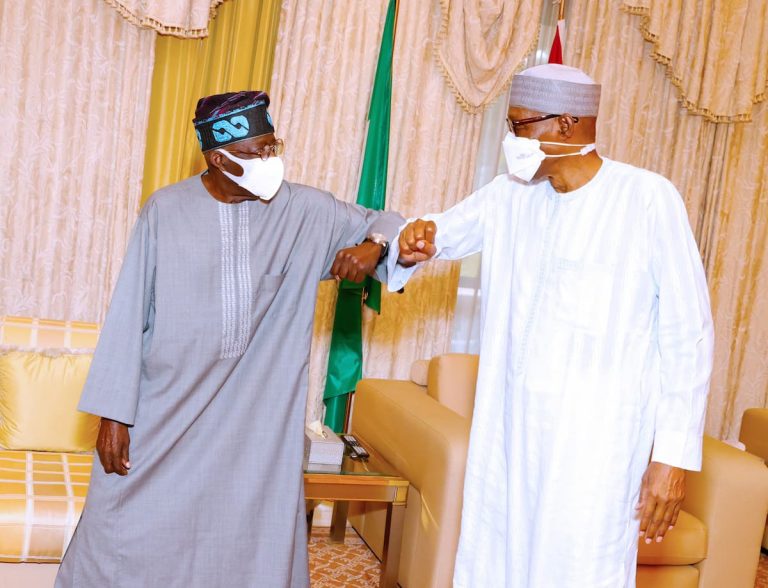 www.tracknews.ng learned that the National Leader of the All Progressives Congress (APC) came to see the president regarding the national convention of the ruling party slated for February.

Also, it was gathered that the leaders will discuss the issues and disagreements in different state chapters of the party that could threaten the conduct of the long-awaited event.

The visit came days after the President had warned that the APC may lose the 2023 elections to the opposition Peoples Democratic Party, PDP, if the party fails to resolve its internal crisis.

Following the warning, President directed the National Caretaker and Extraordinary Convention Planning Committee of the party to immediately prepare the schedule/timetable for the national convention.

A source close to the APC governors told ThisDay that Buhari had asked the committee led by Governor Mai Mala Buni of Yobe State to submit the prepared schedule before Friday.

Following the president’s directive, the source said the caretaker committee will meet on Tuesday to prepare the timetable and submit it to the president for approval.

Speaking further, the source said that the governors were divided on the issue of holding the convention next month or postponing the event.

He claimed that some of the governors wanted the exercise to hold next month to ensure that reconciliations that may arise after the convention are fully addressed before next year’s general election while others want the event shifted.

Kwankwaso Opens Up On Alleged Defection From PDP To APC