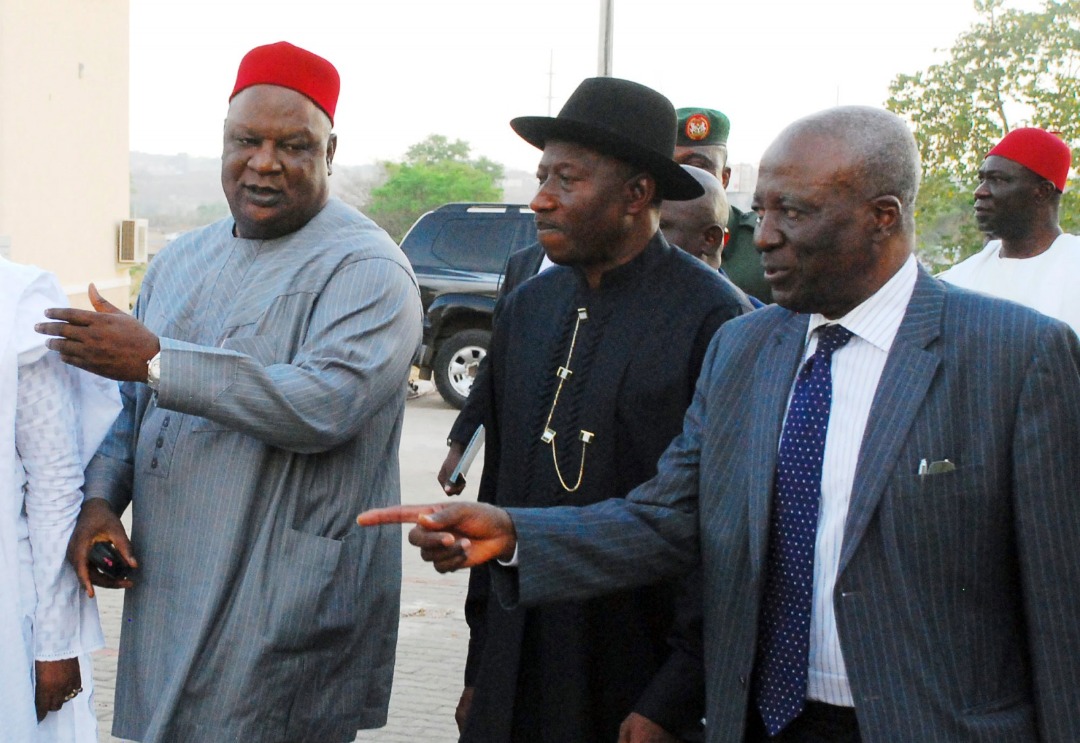 As the presidential campaigns of several aspirants begin to gather momentum, one campaign that has caught the eye of everyone is that of the former Senate President and Secretary to the Government of the Federation (SGF) – Anyim Pius Anyim. While his campaign has started to gain traction, prominent political heavyweights have also begun to coalesce around him.

It has been established that he is one aspirant that enjoys the support of several notable names, who are all hoping he emerges the winner.

According to report, former president of the Federal Republic of Nigeria, Goodluck Ebele Jonathan has endorsed Anyim Pius Anyim, as his candidate for the 2023 presidential elections. Besides having a personal relationship with Anyim Pius Anyim, Goodluck Ebele Jonathan’s government benefitted immensely from his active contribution while he served as SGF.

Anyim Pius Anyim, one of the strongest contenders for the presidency in the forthcoming elections got this noble endorsement during an audience with the ex-president, shortly after the PDP South-East briefing which happened a few days back. Anyim Pius, who is widely dubbed as the “concensus builder”, is believed to have proven his mettle, thereby garnering the respect and admiration of the grand patriot.

On his rumoured ambition for the presidency, Goodluck Jonathan cleared the air saying he had no intentions to contest in the 2023 presidential elections and that if he did, Anyim Pius Anyim would be the one of the first to know. Also, he implored his followers, loyalists, stakeholders and Nigerians in general to throw their weight behind Anyim Pius Anyim.

“If Nigerians want a transparent government that would be open, effective and accountable, Anyim is one man I can recommend. We’ve worked closely, and I know what he brings to the table” Goodluck said. According to him, Anyim Pius is one of the few people he could trust to administer governance in a way that would not only stir the country right but also unite the Nigerian people.

In a recent interview, Anyim Pius Anyim went ahead to pledge his loyalty to the former president, referring to Goodluck Jonathan as his boss, and also to promise Nigerians that a government, ten times better than that of the former president awaits Nigerian when he gets into power.

Many believe that this relationship could imply that if Anyim Pius Anyim is elected president in 2023, Nigeria will witness a development similar to what was experienced during Jonathan’s regime.

Related Topics:2023: Did Goodluck Jonathan Endorses Anyim Pius Anyim For President?
Up Next