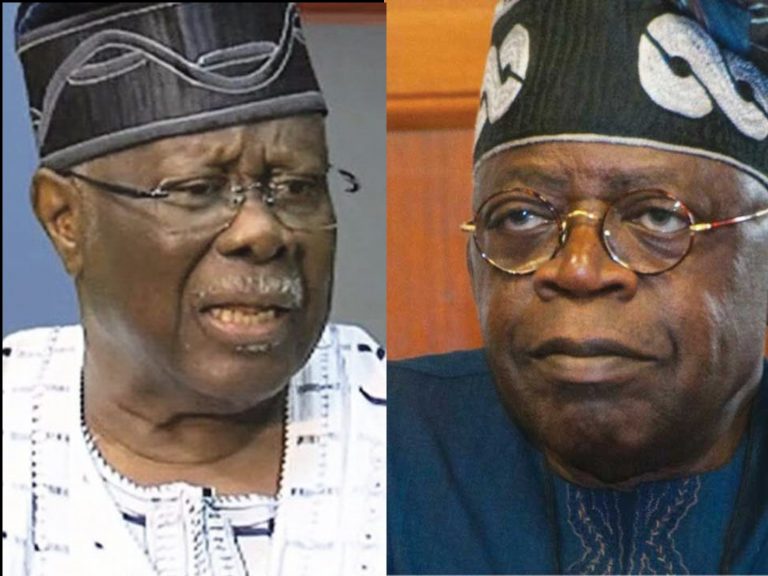 A former Deputy National Chairman of the Peoples Democratic Party, Bode George, has vowed to leave Nigeria if the National Leader of the All Progressives Congress, Bola Tinubu emerges as the President of the country in 2023.

George while speaking in an interview with Vanguard noted that he does not have anything against the former Governor of Lagos State, but he (Tinubu) does not have what it takes to manage the country.

The PDP chieftain further stated that Tinubu would be the greatest joke on the international plane if elected as President of Nigeria.

George said, “I have nothing personal, this man (Tinubu) does not have what it takes to manage this country. If he does, Nigerians will regret it.”

“Who is he? In his character, in his name, or educational qualification. What I am telling him is what I know. If Nigerians are dumb enough not to see that and they choose that he is the one they want to put forward as president, I wish them the best of luck. I won’t be part of it here, because he will take the country to the gutters.”

Asked what he would do should Tinubu become president, George replied: “I will move away from Nigeria, I’ll leave because he will be your representative in the international plain. Which investment will he bring here? I am not talking because I have any hatred for him. This is not the kind of person we can hand over this massive country to manage. He will be the greatest joke on the international plane. We should bother who should lead us.”

This is coming after Tinubu disclosed that he has informed President Muhammadu Buhari about his ambition to contest in the 2023 general elections.

2023: ‘We Do Not Want Another Sick President’ – Arewa Group Speaks On Tinubu’s Ambition