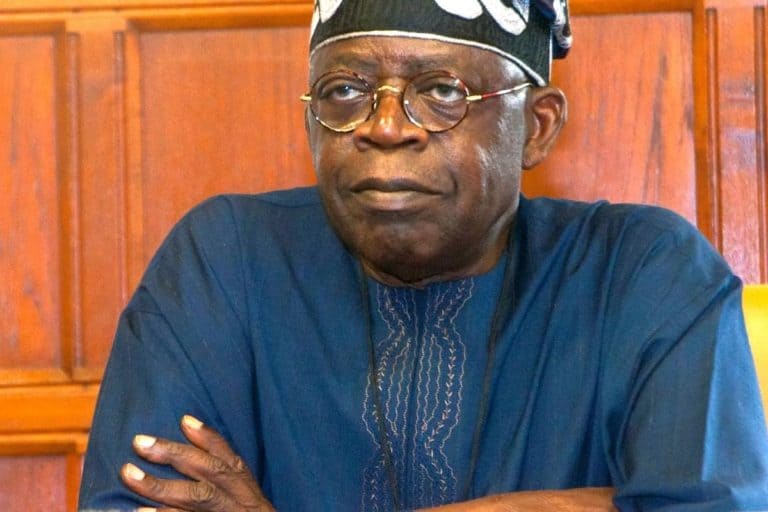 The northern group says it will be an unfortunate situation for Nigerians to again vote in another sick candidate as President of the nation.

The 2023 general elections are just at the corner and the National Leader of the All Progressive Congress (APC), Tinubu had confirmed to President Muhammadu Buhari his desire to become his successor.

www.tracknews.ng reports that the APC chieftain made his interest known to President Buhari last Monday at the Presidential Villa, Abuja.

However, ACF spokesman, Emmanuel Yawe, while reacting to Tinubu’s ambition on Friday, said the former governor of Lagos State should not be allowed to run for the Presidency without providing his medical evidence.

Yawe urged Nigerians with convincing medical evidence of Bola Tinubu to without hesitation speak out and save the nation from having another sick leader.

ACF said Nigerians with Tinubu’s medical evidence should come out and show that he is not fit to contest the Presidency on health grounds.

“If people have issues or evidence about his (Tinubu) health, let them come out and speak. Let them provide evidence that he is not strong enough to contest for the Presidency or hold the office.

“The people who have the evidence that Tinubu is not strong enough for the office presidency should save us the agony of having a sick President in office. They should speak out,” Yawe said.

Recounting previous events, the ACF spokesman pointed out the late former President Umaru Yar’Adua, who was sick and died in office.

He added: “So if we know that somebody is sick, we should not allow him to take over that office. It is a serious office that will determine the future of millions of citizens. In a complex country like Nigeria, we should not allow somebody that is not medically fit to occupy such an office and mess all of us up.

“President Muhammadu Buhari is always travelling abroad for medical attention, and Nigerians would be organizing demonstrations to force him back home. It was really embarrassing. We should not allow such things to happen again,” Yawe said.

www.tracknews.ng recalls that Tinubu had spent months abroad last year after he underwent a knee surgery.

Related Topics:2023: ‘We Do Not Want Another Sick President’ – Arewa Group Speaks On Tinubu’s Ambition
Up Next

DO YOU AGREE? A Woman Should Be Elected For President In 2023 (See Why