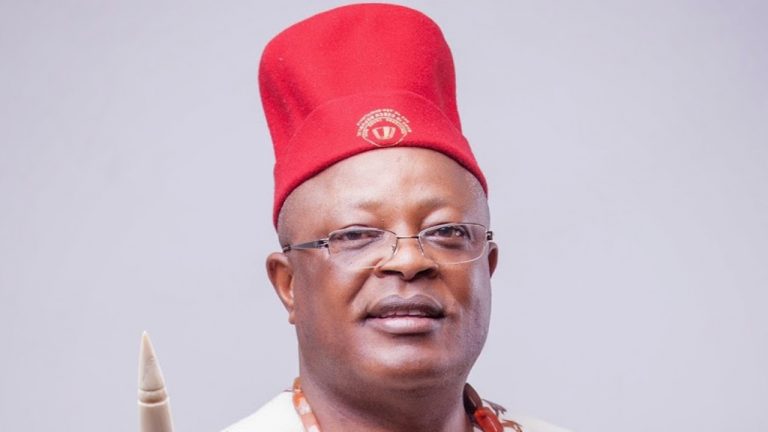 The Governor of Ebonyi State, David Umahi, has revealed why the ruling All Progressives Congress (APC) should zone its presidential candidate to the South East.

Recall that Umahi, Chairman of the South-East Governors Forum, declared his intention to join the 2023 presidential race after a meeting with President Muhammadu Buhari in Aso Rock, Abuja.

Speaking on Wednesday during an appearance on Arise News, Umahi said the ruling party should zone its presidential ticket in 2023 to the South-East zone in the interest of equity and fairness.

The APC chieftain disclosed that zoning the ticket to the region would address the sentiment being expressed by all the sectors of the society and move the nation forward.

Umahi, however, stated that he “will not feel any sense of injustice” if the ruling party does zone its presidential ticket to his region.

He opined: “I’m still a new person in the APC, and whatever thing I get in terms of my desire, I will consider favour from God and leaders of the party. I will not feel any sense of injustice.

“But looking at it generally about the sentiment being expressed by all the sectors of the society and to move the nation forward and for absolute unity and peace, it’s important that equity, fairness and justice should come to be and to enable the nation move forward.

“And nobody is saying, ‘if you don’t zone it to the south-east, the nation will not move forward’, but I think that if a nation is built on equity and fairness then there is going to be progress and prosperity. So you can understand that I’m new in the house and whatever happens in terms of my desire and that of the South East is a favour.”

www.tracknews.ng reports that the Ebonyi governor dumped the opposition Peoples Democratic Party (PDP) for the ruling All Progressives Congress (APC) in 2020.

Related Topics:2023: Why APC Should Zone Presidential Ticket To South East – Umahi
Up Next