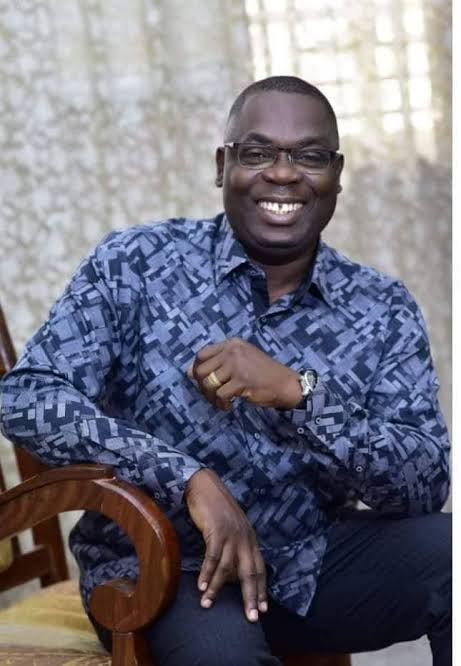 Ahead of the 2023 election, the leadership of the All Progressives Congress (APC) in Ese-Odo council area of Ondo State have endorsed the state commissioner for Information and Orientation, Donald Ojogo as the aspirant to project for Ilaje/Ese-odo Federal Constituency.

Ojogo’s endorsement took place weekend at a meeting held at Arogbo, which had in attendance leaders of the party from Apoi and Arogbo Ijaw as well as other party chieftains in the council.

A motion for his endorsement was moved by Hon Bayo Anifowose and jointly supported by the Chairman of Apoi Ward 4,Hon Doye Olajide and Hon. Corporal Nanaopiri, Esq, former chairman, Ese-Odo Local Government.

They lauded Ojogo’s of Ojogo to the sustenance and development of the party in the local government.

The leaders however said that they their endorsement of Ojogo does not stop any aspirant from showing interest.

“What we are doing here is to tell the world that those of us here are behind Donald Ojogo, that he should run. It doesn’t mean that we have stopped others, anyone can aspire. But for us, the leaders here, this is the man we going with”, former chairman of Ese-Odo Local Government, Hon Joseph Feku said at the meeting.

In his remarks, Ojogo thanked the people, assuring them that the unity and peace in the local government will continue to be sustained.

He said, though the meeting was appreciate, he is nothing but a political tool in the hands of his principal, Governor Oluwarotimi Akeredolu, SAN.

”I appreciate this meeting. I am overwhelmed with your show of love and support. I don’t even have the right words to thank you. I am deeply grateful.

“Please note, my political journey is still subjected to the nod of my principal and benefactor, Mr. Governor, a man who has shown me so much love and support. I can’t take this decision without him.

“Whatever he says is the final. I want to also thank our leaders, not just in Ese-Odo but also in Ilaje. The support is encouraging. But like I said, I have a Principal whose direction I must follow politically.”

Responding, the leaders who spoke through the State Deputy Chairman of APC, Atili, said he will lead other Leaders to convey their resolution on Ojogo to the two foremost leaders of the local government, Hon. Isaacs Kekemeke and Ambassador Sola Iji. They also agreed to meet the deputy governor, Lucky Aiyedatiwa and Chief Olusola Oke, SAN after which they will approach the governor to seek his approval.