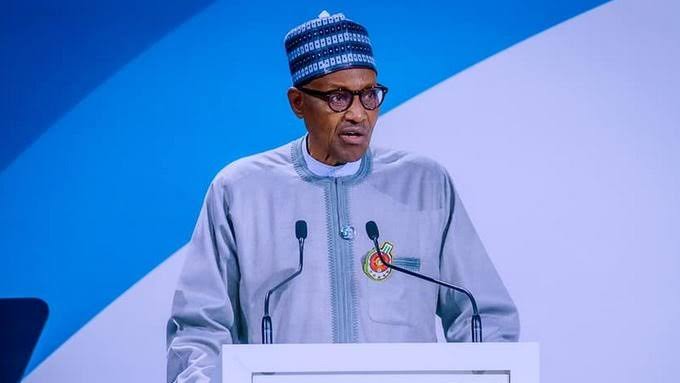 www.tracknews.ng had on December 16 reported that Buhari cancelled his visit to Abeokuta, Ogun State earlier scheduled for that week.

President Muhammadu Buhari is scheduled to embark on a state visit to Ogun State on Thursday, January 13.

www.tracknews.ng had on December 16 reported that Buhari cancelled his visit to Abeokuta, Ogun State earlier scheduled for that week.

However, Buhari is expected to visit Ogun this week according to a statement issued on Sunday by Kunle Somorin, the Chief Press Secretary to Ogun State Governor, Dapo Abiodun.
During the visit, Somorin said President Buhari will inaugurate some of the infrastructural projects executed by the governor.
The President will be welcomed at the Gateway City Gate Monument Park, Sagamu Interchange, at 10am, where the first project will be commissioned by him.

Apart from the Gateway City Gate, other projects expected to be inaugurated by President Buhari include Ijebu-Ode Mojoda-Epe expressway and two housing estates – the 527-Unit low and Medium Kobape Housing scheme Kobape and the Highbrow, 83 duplexes at Kings Court Estate at Oke Mosan, Abeokuta.

The governor’s spokesman stated that invited guests are expected to be seated by 9.30am at the City Gate by the Sagamu Interchange and Abeokuta expressway while observing all COVID-19 safety protocols.
SaharaReporters had reported in December 2021 that after returning from Turkey, Buhari would leave Abuja for the South-West state and return on the same day.

www.tracknews.ng had gathered that the Ogun State government and the state police command were already working to ensure heavy security in Abeokuta, the state capital ahead of the President’s visit.