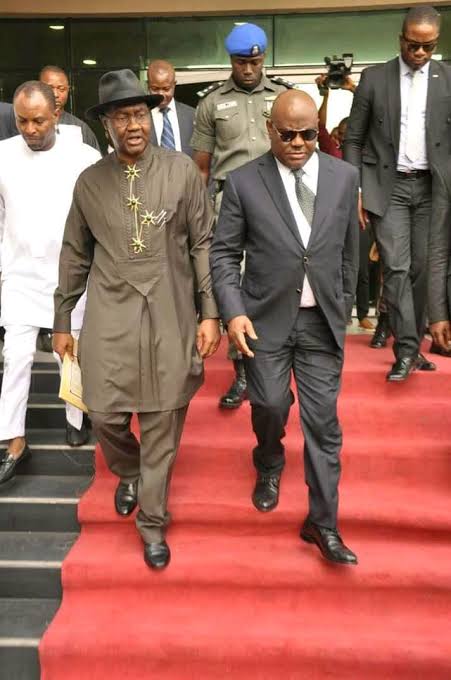 Former Senator Representing Rivers South East Senatorial District in the National Assembly, Magnus Abe has praised Governor Nyesom Wike for the positive comments he made about him.

Abe in a statement on Wednesday said Wike’s presence at the event was an evidence of his commitment to building unity amongst Ogoni people.

According to him, what Wike said was not different from what other Ogoni leaders have said, urging Ogonis to do better.

The statement read in part “I am grateful to the Governor not just for the positive comments he made about my person but for the spirit in which he spoke to the Ogoni people, as a serving Governor He is part and parcel of every tribe in the state.

“His presence at the Ogoni day event and his evident commitment to building unity among the Ogonis is commendable.

“What the Governor said is not different from what other Ogoni leaders have said in the past including late Ken Saro Wiwa, who described the pull him Down syndrome in Ogoni as crab mentality.

“I continue to appeal to everyone to think and act, there must be something each one of us can do to make things better, for example we can all resolve not to take disagreements amongst us as leaders to the public arena, and we can also try to forgive one another when we are offended.

“Rivers people are great people, we have long history of standing by one another, Ogoni day as always was a great opportunity to celebrate our unity and strength. I extend my appreciation to all other ethnic groups in the state who came to Bori to felicitate with the Ogoni people.

“Finally 2015 and 2019 cannot be the same as 2023, I have not declared any ambition for 2023, I must consult widely and honestly review the political situation in the state and the nation before I take any major decision.
For now let us melembe, enjoy the new year and show love all around”.