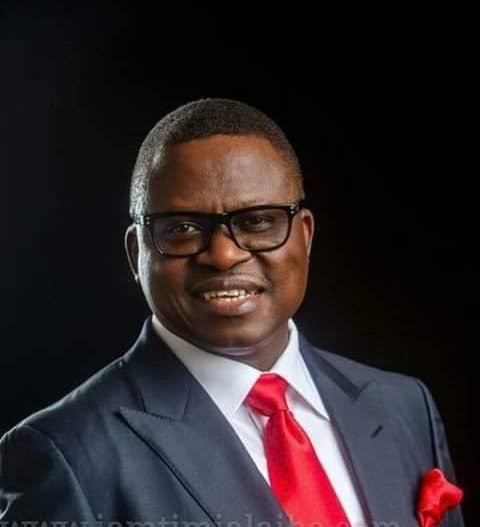 The Rivers and Bayelsa State Governments have been called upon to immortalize Prof. Lawrence Baraebibai Ekpebu with existing monuments as a mark of honour to the late adminstartor.

An Ijaw Leader and politician Timi Alaibe made the call in his tributes on the late academia who died last Sunday.

Alaibe lamented that it was unfortunate that the highest honour could not be bestowed on him in his lifetime, still, he held that “it is better to be late than never”, stressing that existing monuments of significant value or new ones should be erected in his honour.

The politician said Prof’s Ekpebu diligence in critically evaluating and monitoring his team’s work at the Niger Delta Development Commission (NDDC) with other members of the monitoring team, despite our acknowledged filial relationship, was absolutely impressive, stating that this signified integrity and moral rectitude at their best.

“What I can say in this space is just a scratch on the surface of what this great diplomat, international scholar, leader, a prolific author and administrator was to us—and to me as a person. Even death cannot minimise his stature. He will ever remain great. My condolences go first to his beloved wife, his children and grandchildren who will greatly miss him.

Prof. Ekpebu was born on May 2, 1935. He emerged from a hitherto obscure village, now a thriving community in KolokumaOpokuma LGA of Bayelsa State, called Sabagriea, to become the first African to successfully graduate from the elite-saturated Harvard University. It is also indisputable that he was the first black African Professor from that institution. We would remain eternally proud of him.

At the last count, his academic degrees acquired at Harvard and Princeton Universities included Bachelor of Arts, Master of Public Administration, Master of Arts, and Doctor of Philosophy. He served in different capacities in some of the topmost universities in the world—teaching, researching and writing.

He once served as the State Finance Commissioner under the then military governor, Commander Alfred Diette-Spiff. So committed, he left the enticing academic environment to sacrifice his time, energy and intellect for the growth of Rivers State.

Besides committing the state to obtain a World Bank loan and establish Risonpalm, it was during his tenure that the Pan-African Bank—modelled after the American Manhattan Bank—was established by the Rivers State Government.

Beyond the finance industry, his creative imagination and foresight conceived the need for the construction of the East-West Road, with his boss, Diete-Spiff. They tackled the then military government to approve the construction of this historic road to connect the major oil producing states of Nigeria. Before then, if you had to go to Warri in Delta State or Benin in Edo State, you had to go through the tortuous journey of crossing the Onitsha Bridge.

Professor Ekpebu was appointed by President Olusegun Obasanjo as Chairman of the NDDC Presidential Monitoring Committee.

“To my knowledge and utmost delight, he discharged the functions of that office with conscientiousness. He was a man of integrity—fully dedicated to any assignment given to him” Alaibe exalted the late academia.