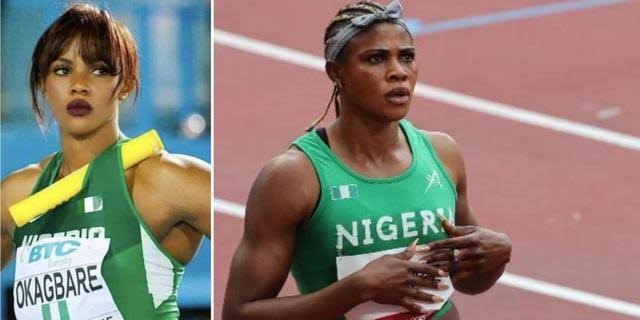 Eric Lira a naturopathic therapist has been arrested in the United States of America (USA) in connection to Blessing Okagbare’s failed drug test.

Lira, on Wednesday, January, 12 was arrested in El-Paso, Texas for enabling doping in international sports competitions.

One of the charges against Lira is that he provided performance-enhancing drugs to a sprinter last summer at the Tokyo 2020 Olympics.

It has now been confirmed that the athlete he supplied at the Tokyo 2020 Olympics is Nigeria’s Okagbare.

There has not been much information about Nigerian track and field athlete Okagbare after her participation at the Tokyo 2020 Olympics last year.

Okagbare would not be able to progress at the games as she was suspended after a failed drug test.

Since then Okagbare has not participated in any track and field competition. There however has been a development about the banned substance she tested positive for.

When Okagbare returned to the United State from the Olympics in Tokyo the Federal authorities searched her cellphone.

It was then her connection with Lira was established. Here are some of the messages exchanged between Okagbare and Lira.

“Okagbare wrote, “Is it safe to take a test this morning?” “Remember I took it Wednesday and then yesterday again. I wasn’t sure so I didn’t take a test.”

“Eric my body feel so good. Whatever you did is working so well.”

One of Lira’s selected responses was “You are doing your part and you will be ready to dominate.”

According to several reports, Okagbare has not responded to the allegations as her agents did not respond to texts and calls

Related Topics:American man arrested for selling drugs to Blessing Okagbare
Up Next