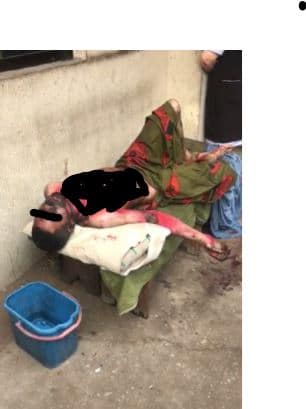 A lady has reportedly set her ex-lover ablaze on the day of his traditional wedding for abandoning her for another woman.

www.tracknews.ng reports that the incident was said to have taken place in Abia State.

It was gathered that the lady who is yet to be identified, invited her ex-boyfriend on the day of his traditional marriage, and poured fuel on him, and set him ablaze.

The guy had grabbed her before she fled, which led both of them to be burnt to third degree.

As of the filing of this report, the duo has been rejected by three hospitals and they are currently on their way to Umuahia.

Viewers discretion is advised as the pictures below are graphic; 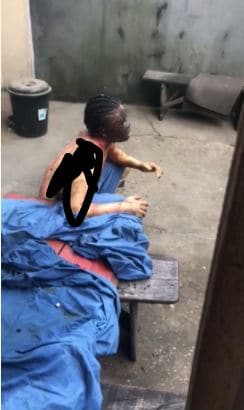 Meanwhile, a bride-to-be, Hauwa Abdullahi Shehu has died one month to her wedding.

Hauwa who is a 300 level student in the Department of Human Physiology, Faculty of Basic medical sciences, Bauchi State University, Gadau, died in a car accident when she was returning to school in Gadau, on Sunday December 2nd.

The young lady was set to tie the knot with her man, ASP Abdulmuhyi Bagel, on February 5.

Hon. Maryam Garba Bagel, the Bauchi State Commissioner of Power, Science and Technology who confirmed the sad news said the groom to be is her younger brother.

She wrote: “This afternoon, we received the shocking demise of our beautiful sister-in-law to be ‘Ummi’. Ummi, a fiancee to my brother ASP Abdulmuhyi Bagel, was scheduled to wed on 5th February but Allah did not will so. May Allah forgive her gentle soul and grant her Jannah. Ameen.”