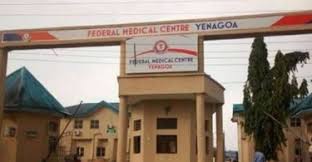 THE federal medical centres (FMC) in Owo, Ondo State, and Yenegoa, Bayelsa State, contravened the Financial Regulations (FR) (2009) in handling the funds they generated and those allocated to them by the government, the 2019 government audit has revealed.

The hospitals’ managers mishandled about N687.6, according to the audit.

While the audit accuses the management of FMC Owo of mismanaging about N167.5 million, the FMC Yenagoa’s heads failed to produce approximately N515 million.

They must provide reasons for the infractions before relevant authorities, return the funds to the government treasury or face sanctions, the audit directs.

Some of the infringements include: the award of contracts above the approval threshold of the chief medical director, non-deduction of one per cent stamp duty from contractors, unretired personal advances, payment without relevant supporting documents, and refusal to remit internally-generated revenues.

Others are: a violation of government e-payment policy, refusal to take items on store ledger charge, non-retirement of cash advances, and direct procurement without the approval of the Bureau of Public Procurement.

The infractions by the FMC Owo include: non-remittance of 25 per cent internally-generated revenue amounting to N11.5 million.

The audit notes that the hospital generated N46.3 million in 2019 as non-revolving Internally Generated Revenue (IGR). There was no evidence of remittance of 25 per cent of the IGR as required by the extant laws. The hospital should remit N11.5 million from the fund, the audit says.

The FMC paid a 15 per cent mobilisation fee of N21.3 million without submitting an advance payment guarantee (APG) by benefitting contractors.

In 2019, three contractors got N21.3 million from the institution for various projects, and the FMC failed to submit the APG.

The audit also accuses the hospital of approving contracts above the threshold of the chief medical director to the tune of N120.9 million.

Audit observes that the chief medical director solely approved the award of contracts (amounting to N120.9 million) that year without recourse to the Tender’s Board, which has the authority for approval as required by extant regulations.

The institution also failed to deduct N2.2 million as one per cent stamp duty from its contractors.

The amount is from the N225.8 million paid to contractors for various contracts.
Besides, the facility did not retire personal advances, totalling N11.4 million.

“There was no evidence to show that the amount was retired as at the time of audit in February 2020 contrary to extant regulations, and there were cases of multiple personal advances without retiring previous advances granted to some of the staff,” the report states.

The audit accuses the organisation of making N5.2 million payments for contracts without relevant supporting documents.

At the FMC Yenegoa, the audit notes that there was non-remittance of internally-generated revenue to the tune of N264.9 million.

The facility realised N251.2 in 2018 as IGR from non-revolving heads but refused to remit the fund to the Consolidated Revenue Fund (CRF) as required by law.

The hospital generated N13.7 million as independent revenue for the year. It made no remittance into the CRF.

The total revenue not remitted into the CRF by the hospital in 2018 stood at N264.9 million.

According to the audit, the FMC violated the Federal Government’s e-payment policy to N5.5 million.

Audit observes that the institution made 11 payments totalling N5.5 million in 2018 to persons other than the ultimate beneficiaries in violation of extant regulations.

Similarly, between 2017 and 2018, the hospital’s management procured items worth N143.4 million through 35 payment vouchers not placed on store ledger charges.

There was no evidence like stores receipt voucher (SRV) to show the hospital procured items were on ledger charge as required by extant regulations.

Also, the hospital engaged in direct procurement without the approval of the Bureau of Public Procurement.

The facility also paid the N74.2 million through a payment voucher with the reference number CAP/1889 on September 26, 2018, to procure a Toyota Prado jeep (2018 model) and a Toyota Hilux truck.

The hospital engaged in direct procurement of those vehicles without the approval of the Bureau of Public Procurement by way of Certificate of ‘No Objection’ duly issued.

The audit adds that the actions led to the loss of revenue amounting to N7.4 million that could accrue from withholding tax and value-added tax for the government.

The ICIR had on January 5 reported how heads of the country’s MDAs could not account for N377 billion and $100,000, as the audit shows.