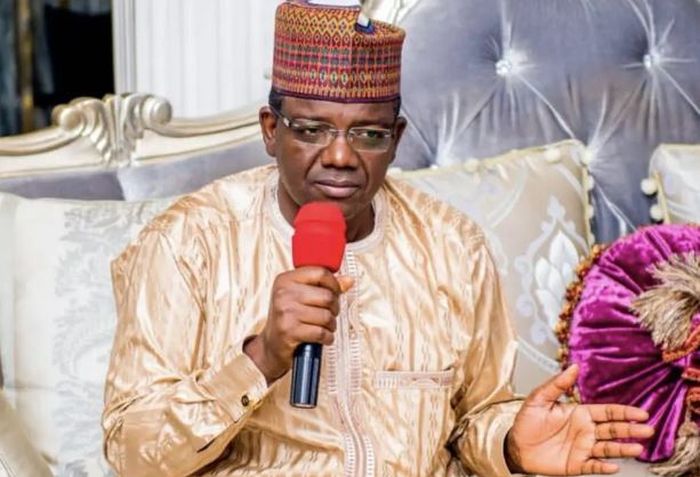 Governor Bello Mohammed Matawalle of Zamfara State has raised an alarm of bandits allegedly being released without charges.

Speaking on Wednesday January 12 when he received the Federal Government delegation on sympathy visit to the state over the recent attacks on some communities in Anka and Bukkuyum Local Government Areas of the state, Matawalle stated that this is part of the reason for the persistence of banditry.

Members of the delegation which was headed by the Minister of Defence, Major-General Bashir Salihi Magashi (rtd), include the National Security Adviser, Major-General Babagana Munguno rtd, Inspector General of Police, Usman Baba Alkali.

“Another problem we have noticed is that despite the remarkable zeal of our troops, they lack modern equipment with which to prosecute modern warfare. Prosecution of modern warfare depends largely on modern war equipment and gadgets. It is very vital for these modern war instruments to be provided to our troops if we are to win this fight against banditry in Zamfara and the North West.

“It is evident that unless enough modern equipment is provided to our security forces to fight the war effectively, the country faces the danger of anarchy. This could be foreseen from the recent calls by some leaders for their people to take up arms to defend themselves. It is a recipe for lawlessness when the state loses its monopoly over the instruments of coercion.

“As a matter of urgency, the Federal Government should procure Armored Personnel Carriers (APCs) and deploy them across all parts of the country. If 1000 APCs could be made available, they would go a long way in turning the tide of the war against the bandits in a short period of time, Insha Allah.

“I want to draw the attention of the Federal Government to the fact that the pockets of insurgencies in many parts of the north are interrelated. In some instances, evidence has been found of connection between Boko Haram and some of the bandit groups operating in the northwest.

“There should be a comprehensive review of our strategy of fighting insurgency. We need a more workable plan of action tailored explicitly in tune with the realities on the ground. This is a clarion call for us to step up efforts in this fight before the dreadful monster consumes our region and the country as a whole.

“I would like to add that any strategy to be drawn for fighting banditry and all forms of insurgency should focus greater attention on Zamfara State. Our forests have become fortresses for bandits, from where they plan and launch attacks to other parts of the northwest.”

Calling for special forces to be deployed to some black spots, particularly identified to be more dangerous centres of activities of the bandits, Matawalle averred that while pushing for peace, he built cooperation not just with the affected states but with the authorities of the Niger Republic.

Related Topics:Bandits Are Being Released Without Charges – Matawalle Raises Alarm
Up Next