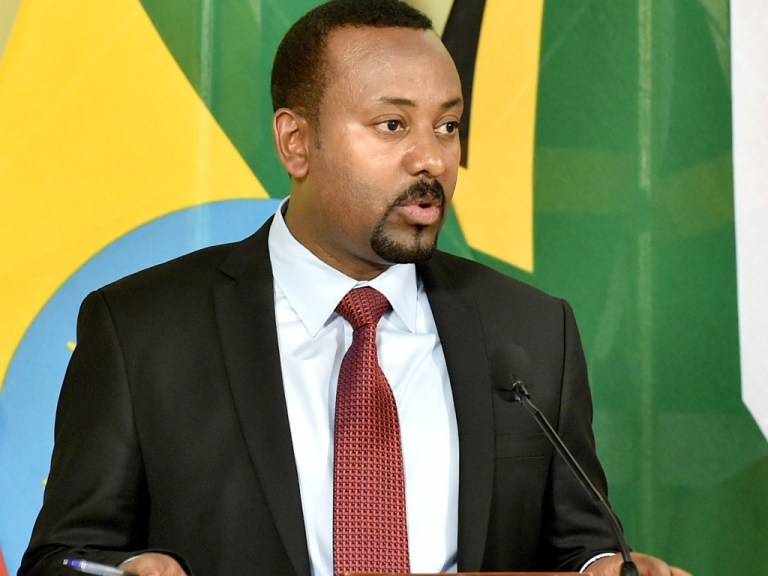 U.S. Assistant Secretary for African Affairs Mary Catherine Phee and newly appointed Special Envoy for the Horn of Africa David Satterfield are traveling to Saudi Arabia, Sudan, and Ethiopia from January 17 to 20, 2022.

Their first stops will be in Saudi Arabia and Sudan before completing their three-nation tour in Ethiopia mid-week.

The officials “will encourage government officials to seize the current opening for peace by ending the air strikes and other hostilities, negotiating a ceasefire, releasing all political prisoners, restoring sustained humanitarian access, and laying the foundation for an inclusive national dialogue,” the State Department said in a news release on Friday.

In Riyadh, Saudi Arabia, Assistant Secretary Phee and Special Envoy Satterfield will attend a meeting of the Friends of Sudan, “intended to marshal international support for the UN Integrated Transition Assistance Mission to Sudan (UNITAMS) in its efforts to facilitate a renewed civilian-led transition to democracy,” added the State Department.

Following the Friends of Sudan meeting, the Assistant Secretary and Special Envoy Satterfield will travel to Khartoum, the capital of Sudan, where they will meet with pro-democracy activists, women and youth groups, civil society, military leaders, and political figures.

“Their message will be clear: the United States is committed to freedom, peace, and justice for the Sudanese people,” the State Department said.

It’s been more than a year since Prime Minister Abiy Ahmed Ali began a military offensive in the Tigray region, northern Ethiopia, against the Tigray People’s Liberation Front (TPLF). Ethiopian forces are backed by troops from neighboring Eritrea and ethnic militia from the Amhara region in Ethiopia.

Thousands of people have been killed and more than two million others have been forcibly displaced within the country and to neighboring Sudan.

The United Nations, the United States and others estimate that hundreds of thousands of people are at an increased risk of famine, and have called on Prime Minister Abiy Ahmed to allow a humanitarian access into the region.

Last November, TPLF and Oromo Liberation Army fighters were advancing toward Addis Ababa to capture the capital forcing the government to declare a state of emergency and triggering an exodus out of the country. However, weeks later, Ethiopian forces halted their advance less than 100 miles from the capital, using armed drones imported from the United Arab Emirates, Turkey and Iran.

TPLF and OLA fighters were forced to retreat to Tigray and the government continued to launch air strikes there, killing at least 108 people this year alone, according to the United Nations.

Many worry that the Ethiopian conflict threaten to further destabilize the Horn of Africa and throw Ethiopia itself into chaos.

Tensions between the Ethiopian government and the TPLF rose significantly in September 2020, when Tigrayans defied the central government by going ahead with regional parliamentary elections that had been postponed across Ethiopia.

In November 2020, barely two months after those elections held, TPLF forces attacked a federal military base in Tigray. They described the attack as a pre-emptive strike against federal forces that were reportedly preparing to attack them from a neighboring region.

That same day, Mr. Abiy ordered a military offensive against the Tigrayan leadership. Initially, Ethiopian troops appeared to be winning the war, taking over Mekelle, the capital of Tigray early on, then suffered setback and were forced to withdraw from the region in June last year.

It’s now been more than a year that the war has been going on and aid groups argue that those who suffer the most are civilians.

Many Ethiopians argue that the TPLF, which was born in the 1970s as a small group of ethnic Tigrayans to fight Ethiopia’s Marxist dictatorship, is trying to come back to power even though Tigrayans make up only about 7 percent of the population compared with the two largest ethnic groups, the Oromo and the Amhara, which make up over 60 percent.

The Tigrayans took up arms against Ethiopia’s Marxist government in the 1970s because they had long been marginalized by the central government. They formed a coalition that eventually toppled that government in 1991.

That alliance became Ethiopia’s ruling coalition with the TPLF at its head for almost three decades under the leadership of Prime Minister Meles Zenawi.

When Zenawi died in 2012, anti-government protests erupted just four years after in 2016, as the TPLF’s grip on power weakened significantly, paving the way for Abiy Ahmed to become Prime Minister in 2018.

Abiy was first praised as a reformer by freeing political prisoners, restoring the freedom of the press and reaching a peace agreement with neighboring Eritrea. The international community was so pleased that Abiy won the Nobel Peace Prize a year after in 2019.

But, even as the world was praising him, he moved quickly to remove Tigrayan officials from security services, charged some with corruption and human rights abuses and created a new political party in 2019 that the Tigrayans refused to join.

From that time, tensions continued to rise and Tigrayans decided to move on with their own elections and confrontations began in November of 2020.

The United States has argued that there is no military solution to the Ethiopian crisis and urged all parties to embrace peace and negotiate. But so far, there is no sign of any negotiations.