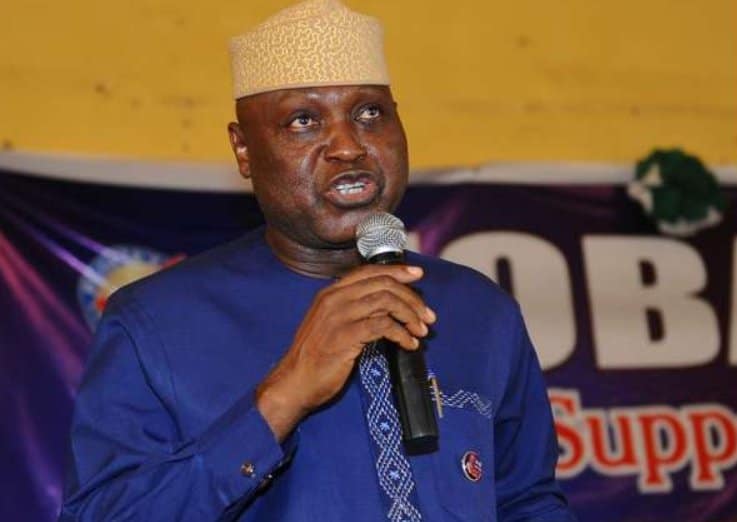 www.tracknews.ng reports that APC conducted its primary elections in the state today to produce a flag bearer ahead of the June governorship election in the state.

The results of the primary election from all the 16 LGAs in Ekiti state were announced by Governor Mohammed Badaru, chairman of the election committee, who declared Biodun Oyebanji as the winner.

Having defeated other challengers to emerge winner of the primary election, the former secretary to the state government (SSG), will be the APC’s flag bearer in the June 18 governorship election to be conducted by the Independent National Electoral Commission (INEC).

www.tracknews.ng understands that Oyebanji has served in at least three governments since Ekiti was created in 1996 by the late Sani Abacha.

Oyebanji served as the special adviser on parliamentary affairs in the administration of Niyi Adebayo, a former governor of Ekiti.

He was chief of staff to Kayode Fayemi, the incumbent governor, in his first term.

2023 Presidency: Sanwo-Olu Endorses Tinubu As Next President Of Nigeria