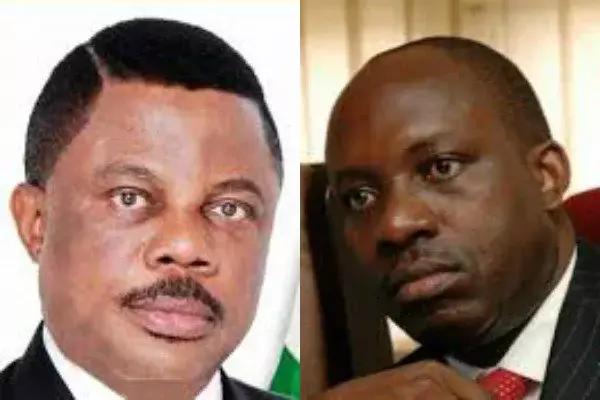 This list which lacked the involvement of top politicians in Anambra was rumoured to have been a strong evidence to prove that there is a serious fight between APGA, Obiano led administration and Gov-Elect Charles Soludo.

According to Anambra Political Analyst Eneh Victor, this fight is real and not a joke.

Eneh Victor who is the founder of AIF MEDIA used his facebook handle to give reasons why he believed that APGA and Obiano led administration are not comfortable with the Transition Committee constituted by Prof Charles Chukwuma Soludo, Anambra state Gov-elect.

His post reads: Signs that both APGA and the outgoing administration are not comfortable with the list of the Transition Committee constituted by Prof Soludo and headed by Madam Due Process.

1. My friend Chinedum Onuegbu who is the SSA Media to the National Chairman of APGA did not report the list which Soludo media aide released this afternoon.

2. Machi Pius Igwe who is the chairman of Soludo TV crew but an Aguleri man attached to cabal did not also report it. When I checked his timeline, he was reporting of a pastor who was beaten to stupor by his church members.

3. Charles Ifeanyi Obi the SSA Media to Senator Victor Umeh has not also reported it. He is busy uploading pictures where Umeh was playing a table tennis.

4. My brother James Eze, the Chief Press Secretary to Gov Obiano has not praised the incoming for the list. He is in his wall uploading a picture (an art) of a lady with protruded ass.

6. Evang Chinedu Obigwe Akaekpuchionwa, the WhatsApp rabble rouser and Osodieme’s mouth piece seems to be disappointed since the list came out. He suddenly went dumb.

7. Amb Izuchukwu Adichie, founder Obiano in us has logged out from social media.

8. Ifeanyi Aniagoh is in his wall mocking those who pushed him away during the campaigns and asking his Digi followers to tag them.