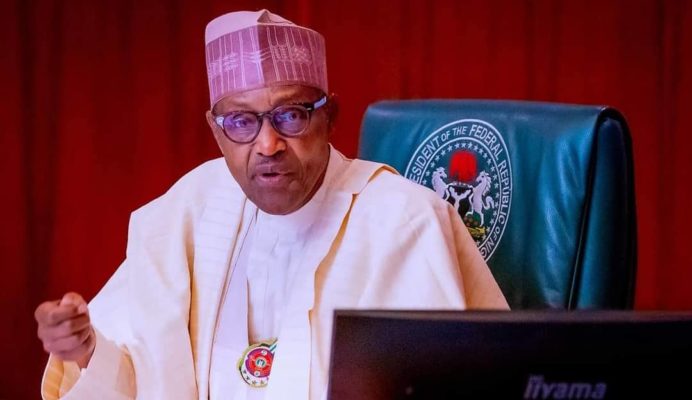 “The latest attacks on innocent people by escaping bandits in Zamfara is an act of desperation by mass murderer.”

“I appeal for patience from the affected communities,” Mr Buhari said, “even as I extend our deepest condolences to the survivors and the families of those killed.

“We are fiercely determined to smoke out and destroy these outlaws who have no regard for the sanctity of life.”

Mr Buhari disclosed this on Saturday in a statement shared on his official Facebook page.

The president claimed bandits are under intense pressure from Nigerian military forces, adding that his regime will tackle insecurity in the country.

“The latest attacks on innocent people by escaping bandits in Zamfara is an act of desperation by mass murderers, who are now under relentless pressure from our military forces who are well equipped to effectively confront these enemies of humanity.

“In keeping with my commitment to tackle the monster of terrorism head-on, let me reassure these besieged communities and other Nigerians that this government will not abandon them to their fate because we are more than ever determined to get rid of these outlaws.”

In a recent interview, Mr Buhari said he has done his best for the country, adding that working for several hours daily as the president is hard work for his age.

Related Topics:Buhari asks Zamfara residents to be patient after bandits slaughter over 200
Up Next