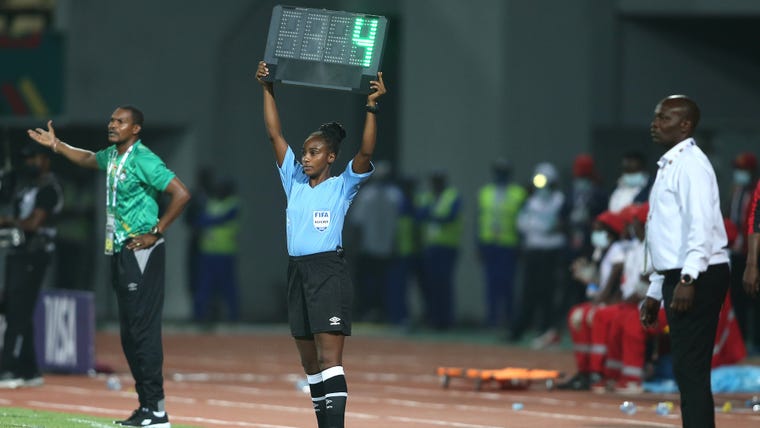 Rwanda referee Salima Rhadia Mukansanga will make history as the first-ever woman’s referee to officiate in the Africa Cup of Nations in the match pitting Zimbabwe against Guinea on Tuesday.

The 35-year-old, who was the fourth official during the Malawi versus Guinea fixture, will now take full charge of the Group B clash at Ahmadou Ahidjo Stadium.

“Proud moment for Caf and Africa as the quartet prepare to make history on Tuesday,” Caf said in a statement on their official website. “Rwandan-born referee Salima Rhadia Mukansanga will make history in the next few hours when she becomes the first woman to referee a match at the finals of Afcon.

“She is part of the quartet selected as match officials at the match, making it the first time ever that an all-women team officiates a match at the Afcon tournament since the competition was established.

“On January 10, 2022, Mukansanga made history by becoming the first woman to officiate a match in Afcon when she was appointed as a fourth official in the game between Guinea and Malawi in Bafoussam.”

Related Topics:CONGRATS!! Checkout The Woman Set To Be The First Referee Of An AFCON Tournament
Up Next

Eguavoen Ready To Become Permanent Super Eagles Coach (Do You Think He Would Do Well?)