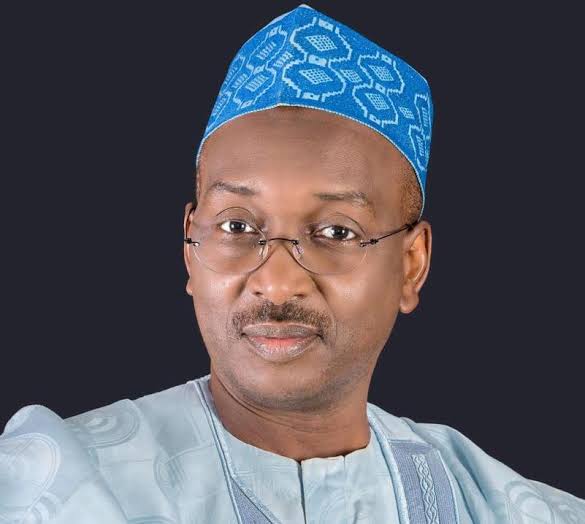 The crisis trailing the future of the national convention of the ruling All Progressives Congress (APC) continued on Thursday with major stakeholders threatening nation­wide protests over comments made by the Director-General of Pro­gressive Governors’ Forum, Salihu Mohd Lukman.

While calling on APC governors led by Governor Atiku Bagudu of Kebbi State to sack Lukman with immediate effect, the APC stakeholders, under the aegis of the All Progressives Congress Youth Development and Solidarity Forum (APC-YDSF), said Lukman has proved that he is an agent of a few selfish interests in the party and that of the opposi­tion Peoples Democratic Par­ty (PDP).

Lukman, in an open letter to APC leaders, had claimed that there are indications that the Governor Mai Mala Buni-led Caretaker Extraor­dinary Convention Planning Committee (CECPC) is bent on staying put in office.

While warning against the postponement of the nation­al convention, the PGF DG also expressed the fear that saddling the CECPC with additional responsibility of organising primaries for all positions for the 2023 elections would worsen the crisis rock­ing the party nationwide.

Orji Uzor Kalu, a former governor of Abia State and Senate Chief Whip had earli­er called for a postponement of the convention, warning that holding the convention in February without sort­ing out the minor disagree­ments that arose during the congress would lead to an implosion.

However, the stakeholders in a statement signed by their Secretary-General, Hon. To­bias Ogbeh, said Salihu de­liberately promoted his open letter in the media to achieve his alleged objective of desta­bilising the APC.

They also called on the party leadership to deal with erring members of the party found to be working against its interest.

According to them, what Lukman had done was to practically provide reference materials for “a contrived PDP win in the 2023 general elections.”

It stated, “We find it most unfortunate that the DG de­cided to exploit the timing of our great party’s national convention to ply his poison­ous ware by pretending to make a legitimate interven­tion.

“It is ironic that Lukman was unable to conceal the agenda he has for truncat­ing the successes recorded by the Caretaker Extraordinary Convention Planning Com­mittee (CECPC), which even he admitted has done a great job in stabilising the APC.

“As our Forum struggles to come to terms with the reality that the man who ad­ministers the umbrella body of APC governors is a mole within the party and being used by some forces to de­stroy our organisation from inside, we find it pertinent to alert stakeholders to the dan­gers that the DG’s continued occupation of that office poses to the success of the APC in the months ahead.”

In another development, a group within the APC, Pro­gressive Initiative for Change and Development, has called on the leadership of the par­ty to ensure all crises in the party are resolved before any national convention is con­ducted.

The National Coordinator of the Group, Chief Dona­tus Okereke, told newsmen in Abuja that the party was clearly not ready for a na­tional convention with the crises engulfing some state chapters, urging the national leaders of the party to ensure “proper and thorough recon­ciliation” before any national convention is staged.

Also speaking with Daily Independent, Hon. Salihu Mu­stapha, a frontline national chairmanship aspirant of the party, said youths must be given a special priority by the APC if they are serious about winning the 2023 gen­eral elections.

According to him, with the impending exit of President Muhammadu Buhari who has guaranteed 12 million votes, the APC needs some­body who has what it takes to defeat the PDP and win the presidential election.

While saying he is indiffer­ent to any method used by the party in picking the next na­tional chairman, Mustapha said the APC needs a leader who can serve as a bridge between the youths and the older generation.

He said, “Already, our num­ber one joker in the APC, President Muhammadu Bu­hari, who has always had a bank vote of over 12 million votes will be an outgoing pres­ident. To compensate for that, we must bring something else that can help the party win in the next general election. That is why some of us who have worked dearly for this project believe in my aspiration.

“They know that I will be a bridge builder and I will be able to connect between the young and the old. When the youths see me there, they will know they have a stake in that party. Lastly, I am somebody who has a listen­ing ear. So, having someone like them will also give ag­grieved members a sense of belonging. These members believe that it is time we have a change of direction from having former gover­nors, senators or ministers as national chairman.

“I believe politics is about giving people a sense of be­longing and making them feel like a part of the big family. It is also about consultation and carrying people along. These are some of the things I want to achieve”.

Related Topics:Convention: Fresh Crisis In APC As Stakeholders Threaten Nationwide Protest
Up Next