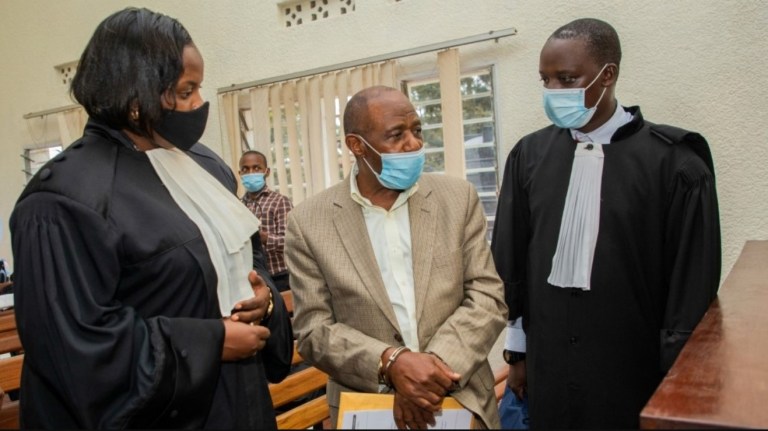 A court in Kigali is set to hear the case of ‘Hotel Rwanda’ hero Paul Rusesabagina after prosecutors appealed against his 25-year prison sentence.

The prosecution appealed against a September 20, 2021 ruling that found Rusesabagina guilty of eight charges following a seven-month long trial.

The crimes are linked to activities of the coalition of an exiled opposition group Rusesabagina formed dubbed MRCD and its armed outfit FLN, which is linked to the deadly 2018 and 2019 attacks in southern and western Rwanda.

Prosecutors had sought a life sentence for the 67-year-old Rwandan native who also holds Belgium citizenship and US permanent residence.

His family and supporters rejected the case as politically motivated, and did not appeal the verdict.

Rusesabagina and his legal counsel boycotted the trial after he indicated he expected no justice from the court.

He protested the court’s refusal to allow him six months to prepare his defence and be represented by his Belgian lawyer.

A former hotelier-turned-political activist, Rusesabagina rose to fame after a 2004 Hollywood movie, Hotel Rwanda, that depicted his heroic acts in saving Tutsis during the 1994 Genocide against the Tutsi.

One of his 20 co-accused who is former spokesperson and commander of the FLN rebels, Callixte Nsabimana, aka, Sankara was also handed 20 years in prison, alongside seven other convicts.

They were found guilty of crimes, including being members of a terror group, committing terror acts, mobilisation and illegal use of explosives.

Other convicts were handed three to 10-year jail terms.

Related Topics:Court to Hear Appeal Against ‘Hotel Rwanda’ Hero’s Jail Sentence
Up Next