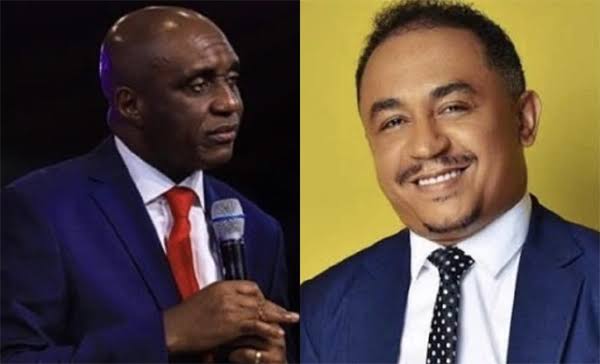 Well-known media personality Daddy Freeze has used the comment section where the founder and presiding pastor of Salvation Ministries, Pastor Ibiyeome, made a declaration on yahoo boys that defraud people of their money to advise the pastor to also extend the declaration to some pastors that also defraud people on the pulpit.

Over time, there has been a mass movement of young guys into cybercrime that it seems more like an occupation and has also led to sensitisation that people should stay away from it, but little or no attention is also paid to some pastors that do almost the same thing but in another way.

While preaching, Pastor Ibiyeome stated that cybercrime otherwise known as “yahoo” isn’t a job but an act of stealing, for when someone is defrauded of his or her retirement benefits, there’s a possibility that it could result in death. In his words, “I curse it in the name of Jesus.”

Daddy Freeze, however, thanked him for saying the truth and then went on to ask about those in the pulpit that also defraud people of their money with Bible verses. In his words, “please declare for them too.”

Related Topics:Declare curses on yahoo pastors who use Bible verses to defraud people-Daddy Freeze tells Ibiyeome
Up Next