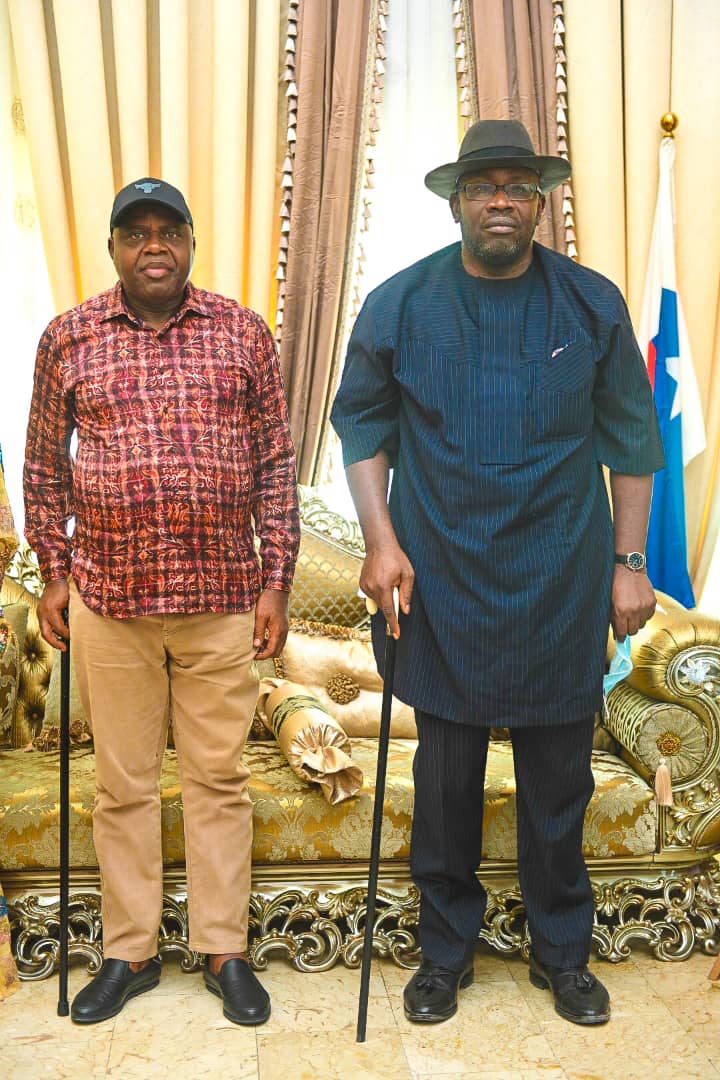 Bayelsa State Governor, Senator Douye Diri, on Monday, went down memory lane on his political journey with his predecessor, Senator Seriake Dickson, describing the latter as a political strategist.

Governor Diri stated this when he received the Senator representing Bayelsa West Senatorial District in his hometown, Sampou, in Kolokuma/ Opokuma Local Government Area of the state.

The governor recalled how both of them began their political journey serving in past civilian administrations in the state except one.

His Chief Press Secretary, Daniel Alabrah, in a statement, quoted the governor as saying that their long-standing relationship was of a mutual brotherly bond.

Diri emphasised that his predecessor had always been instrumental in his political successes and recalled that his first elected position as member of the National Assembly was achieved under the leadership of Dickson.

He also narrated how his smooth transition from the House of Reps to the Senate and now governor of the state became possible because Dickson believed in his capacity to consolidate on the legacies laid for the state.

His words: “Dickson and I have known each other long before the creation of Bayelsa State (in 1996). We had been involved in Ijaw activism in Port Harcourt (Rivers State) and later served in other administrations in the state.

“Like he (Dickson) rightly mentioned, it is only in one administration both of us did not serve in this state. And we never knew he would become governor but because that was his destiny, it came to pass.

“The kind of relationship we share is cherished by both of us. I recall when we were looking for who to contest the House of Reps seat for our party. While I was busy looking for the right person outside, he was in his office doing same thing. Finally, he decided and told me that those around him have pointed to my direction to represent Yenagoa/ Kolokuma/ Opokuma Federal Constituency. That was how I started the journey to the National Assembly.

“Initially, our intention was for me to go to the Senate. But being the political strategist that he is, he told me that the powers that be then would be an obstacle. So the House of Reps was the best option at that time.

“I decided to go down this memory lane because a lot of things are happening just to underscore the relationship that I have enjoyed with my brother, friend, compatriot and leader till now that I’m governor.”

While expressing gratitude on behalf of his Prosperity Administration to Senator Dickson, the governor called on those in his government and his party (Peoples Democratic Party) to continue to give glory to God for still maintaining and controlling political power in the state.

The state helmsman also advised his supporters and political associates to ensure that their structure remains intact ahead of the next elections.

Speaking earlier, Senator Dickson said as part of the yuletide festivities, he came to pay homage and solidarity to the number one citizen of the state as a mark of respect as well as reciprocate the earlier gesture of the governor when he visited him at his country home in Toru-Orua community.

He asserted that Diri is his friend, brother, colleague and ally whose relationship is treasured beyond party affiliation.

While calling on people of the state to support the present administration, Dickson stressed that those in government must work with unity of purpose.

Present during the visit were the Speaker of the Bayelsa House of Assembly, Abraham Ingobere, other legislators, Secretary to the State Government, Dr. Konbowei Benson, commissioners, other top government functionaries, traditional rulers as well as party stalwarts and political associates. 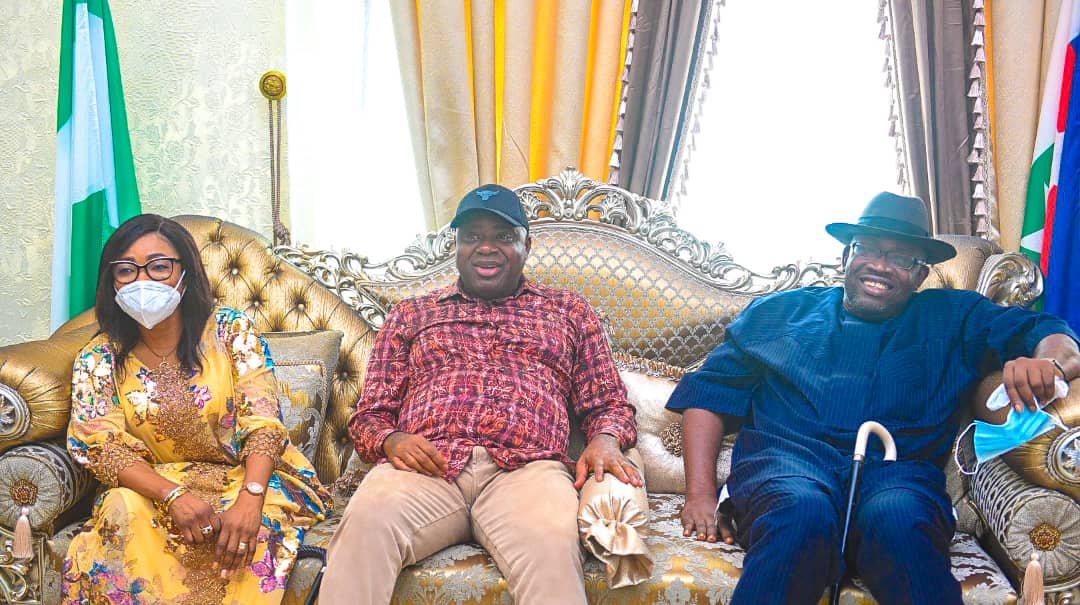