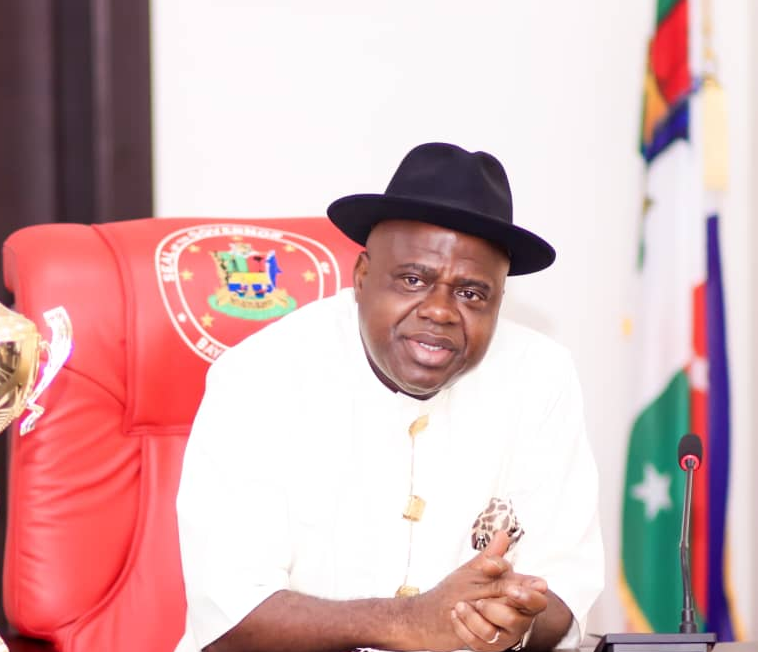 Governor Douye Diri of Bayelsa State has called for proper legislation that will cater for the families of legionnaires and fallen heroes who paid the supreme price for the indivisibility of Nigeria.

Diri, represented by his deputy, Senator Lawrence Ewhrudjakpo, made the call on Saturday during this year’s State Emblem Appeal Fund Launch of the state Legion, in Government House Yenagoa.

The governor maintained that only laws passed through the national and state houses of assembly could promote and protect the welfare of families of surviving and departed heroes in the country.

Diri urged government at all levels, especially the Federal Government, to take the initiative that would increase and expand the social security portfolio including provisions that would offer scholarships to the children of fallen heroes.

Diri decried a situation where most individuals and institutions made pledges during the emblem appeal launch without redeeming them.

He argued that the annual fund raising event alone was not enough to take care of the war veterans and their families.

He expressed dissatisfaction at the manner in which the labour of the nation’s past heroes and legionnaires were not being adequately recognized.

Diri said it was high time those at the helm of affairs practised what they sing in the national anthem.

The governor said: “I really want to suggest that the National and State Houses of Assembly should look at the possibility of making laws that would expand the coast of the present provisions for fallen heroes.

“So let me use this opportunity to encourage government at all levels, especially the federal government to take the initiative to increase and expand our social security portfolio to include provisions that would take care of the needs of fallen heroes

“I am personally pained whenever we talk about fallen heroes in our country because it is not unconnected to the usual style of our labour not being recognized. We sing it in our national anthem but the significance of what it says will only make meaning if we walk the talk.

“So, it will be empty verses and empty vows if we continue to sing our national anthem and pledge that we cannot forget the labour of our heroes past, but yet what we do is to neglect, ignore and disparage their plight and programmes.”

Diri while responding to some of the demands made by the State Legionnaires, endorsed the suggestion that the emblem launch in the state should hold before the end of every year.

While promising to look into the request of including legionnaires in the annual Armed Forces Remembrance Day organizing committee, he urged the leadership of local government councils in the state to equally mark the day in their respective areas every January 15.

Speaking earlier, the State Chairman of Nigerian Legion, Mr. Ogele Okubokeme, recalled that the Armed Forces Remembrance Day was set aside to honour all the veterans both living and dead who had paid the supreme price to defend the sovereignty of Nigeria.

Okubokeme noted that the objective of the emblem launch was to give patriotic citizens the opportunity to make freewill donations that would go a long way to alleviating the challenges faced by families of legionnaires and the departed heroes.

He appealed to the State Government to make the Emblem Appeal Fund Launch at least two months to the main event in order to give enough room for people to support the programme.

Related Topics:Diri seeks law to cater for legionnairesfallen heroes’ families
Up Next