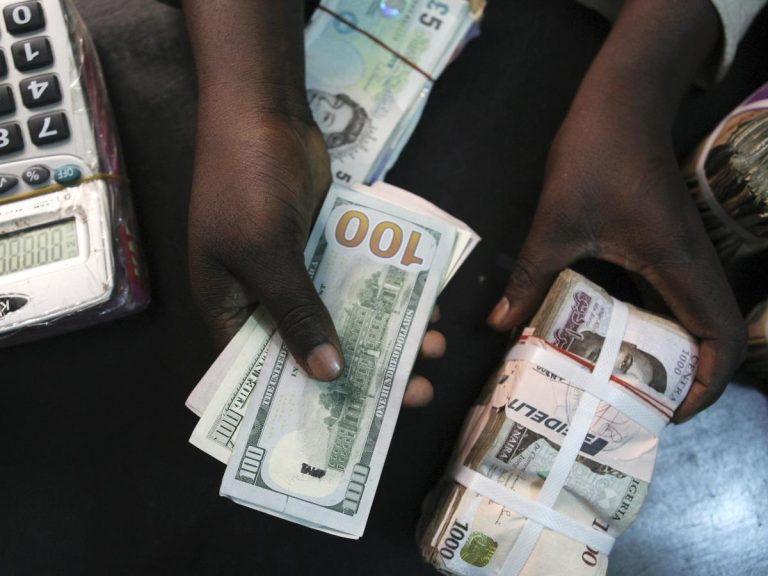 This is the news about Dollar to Naira rate at the official and black market exchange rate Today January 11, 2022.

According to the data at the FMDQ Security Exchange where forex is traded officially, exchange rate between the naira and the US dollar opened at ₦(yet to be disclosed)/$1 on Tuesday 11th, after it closed at ₦413.76 to a $1 on Monday, 10th January 2022.

How much is exchange rate of Dollar to Naira in Black Market today?

The exchange rate for a dollar to naira at Lagos Parallel Market (Black Market) players buy a dollar for N565 and sell at N567 on Tuesday, January 11th 2022, according to sources at Bureau De Change (BDC).

Please note that the Central Bank of Nigeria (CBN) does not recognise the parallel market (black market), as it has directed individuals who want to engage in Forex to approach their respective banks.

Trading at the official NAFEX window

According to data from FMDQ, forex turnover stands at…

Also, the market capitalization rose to N23.628 trillion from the N22.296 trillion the stock market opened with trading on the first day on Tuesday.

Related Topics:Dollar To Naira Exchange Rate Today 11 January 2022
Up Next