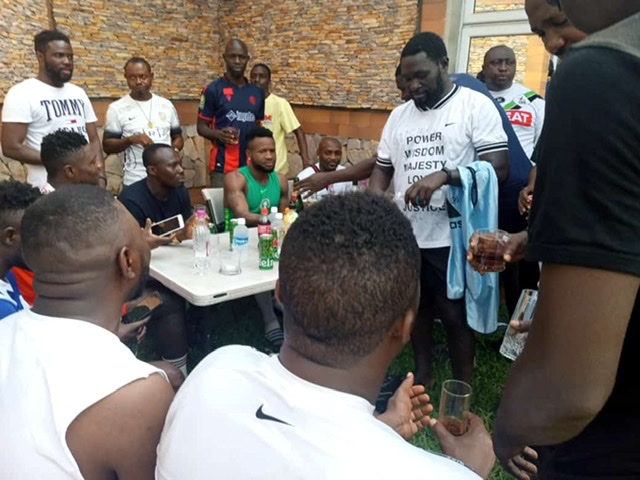 www.tracknews.ng can report that former Super Eagles Defender and ex captain of Warri Wolves, Azubuike Egwuekwe, one – time defensive midfielder of Super Eagles, Christian Obodo as well as renowned Warri soccer stars such as Kenneth Fiakpa of then Sharp Shooters Football Club, Warri and Tony Olokporo A.K.A. Orando of the then Invincible Leopards of Warri, were among foreign and home based footballers that congregated at Chief Emami’s home.