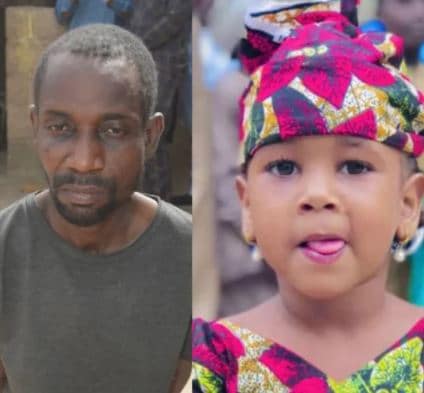 A teacher in a private school in Kano State, Abdulmalik Tanko has been arrested by the police for abducting and killing a 5year-old pupil of the school, Hanifa Abubakar.

Family sources said he was among the first set of people who came to console her parents over the abduction.

“He was full of tears when he visited the family to console them over the abduction,” said the uncle of the girl, Suraj Sulaima

According to him, the abductor first took her to his wife, but the wife rejected to keep her.

Her remains was discovered at a private school in Tudunwada, Nasarawa local government area of Kano.

A statement by the police on Thursday said the school teacher, Abdulmalik Tanko, was the one who abducted and killed her.

“Sometimes on the 04/12/2021 at about 2030hrs, a report was received from a resident of Dakata Quarters, Nassarawa LGA, Kano State that, one Hanifa Abubakar, ‘f’, aged 5 years old, was kidnapped and a ransom of Six Million Naira (N6,000,000.00) was demanded,” police said in a statement by the command spokesman, SP Abdullahi Kiyawa.

“On receipt of the report, the Commissioner of Police, Kano State Command, CP Sama’ila Shu’aibu Dikko, fsi meets with heads of Security Agencies in the State, re-strategizes for effective service delivery and raised a team of Operation Puff Adder led by SP Shehu Dahiru to arrest the culprits.

“On investigation, Abdulmalik confessed that, the victim, Hanifa is his student at a private school in Kwanar Dakata, Nassarawa LGA, Kano State. He kidnapped her and took her to his house where he contacted her relatives and demanded a ransom of Six Million Naira (N6,000,000.00). On the 18/12/2021, having realized that, the victim recognized him, he claimed to have poisoned her to death, conspired with one Hashim Isyaku, ‘m’, took and buried her in a shallow grave located at the private school premises located at Kwanar ‘Yan Gana, Tudun Murtala Quarters, Nassarawa LGA, Kano State.

“Hashim also confessed that, sometimes in the month of November, 2021, the principal suspect, Abdulmalik met him and one Fatima Jibreel Musa, ‘f’, 27 years old, of Layin Falaki Tudun Murtala Quarters, Nassarawa LGA Kano State and ordered them to kidnap Hanifa. They plan but later rescinded their action. Fatima was also arrested.

“The suspects led a combine Team of Operatives of DSS Kano State, Kano State Police Command’s Medical Team and Team of Operation Puff Adder to the scene. The body was exhumed and rushed to Mohammed Abdullahi Wase Specialist Hospital Kano, examined, confirmed dead by a Medical Doctor and release to the relatives for burial according to Islamic Rites.

“Case will be charged to court upon completion of investigation.” 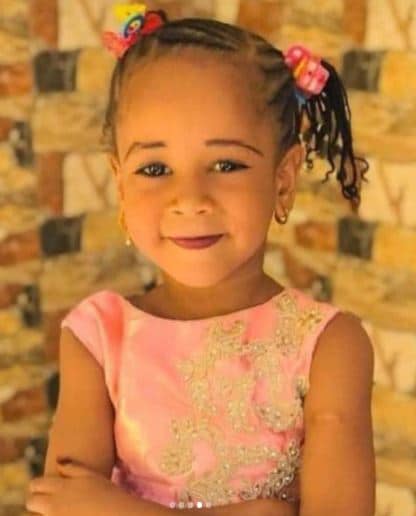 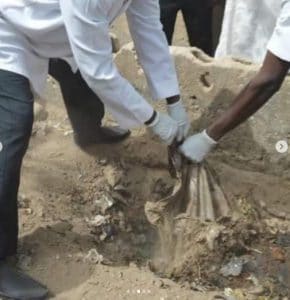 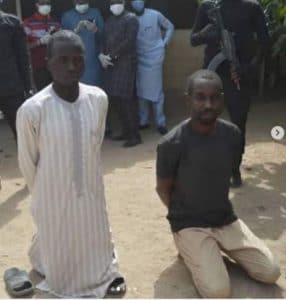 Related Topics:Face Of School Teacher Who Abducted And Brutally Murdered Missing 5-Year-Old Girl
Up Next