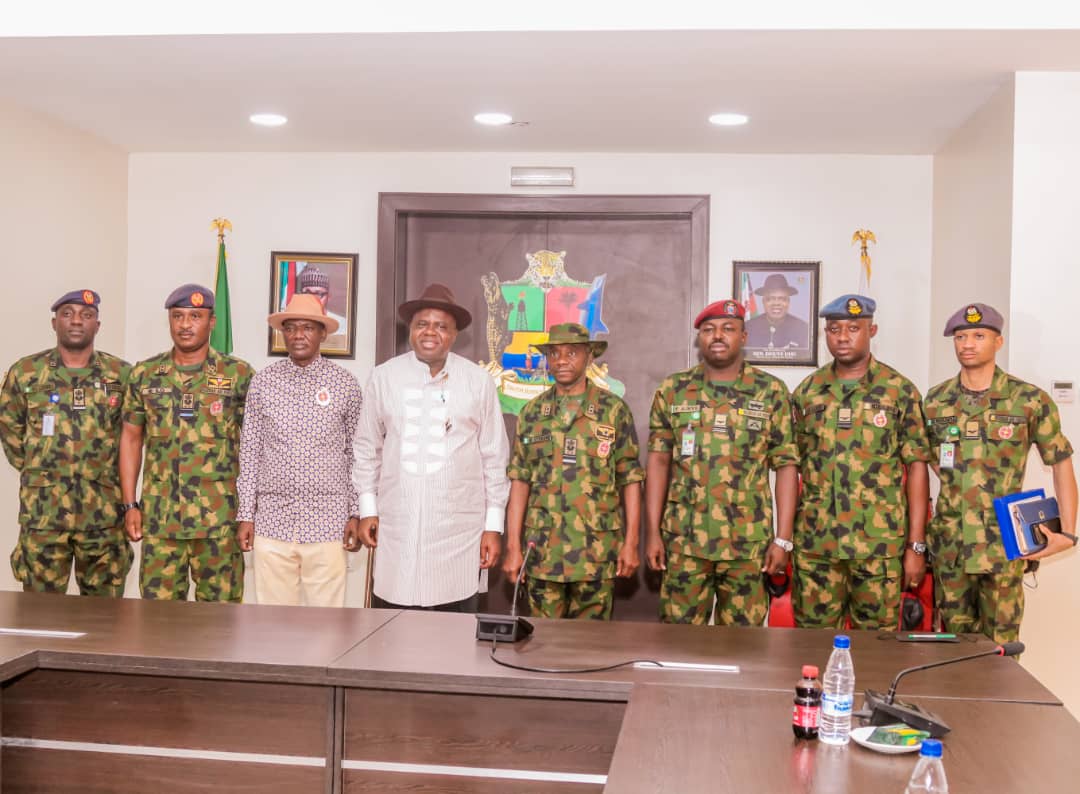 Bayelsa State Governor, Senator Douye Diri, has granted a request for land to build a new residential quarters for the Nigeria Air Force Mobility Command at the New Yenagoa City in the state capital.

The governor in a press release by his Chief Press Secretary, Daniel Alabrah, charged the new Air Force commander to consolidate on the gains already recorded in the area of security of the state.

While urging the Air chief to add value to his jurisdiction, Governor Diri said his administration will continue to synergise with and support relevant security agencies to ensure its stand on zero-tolerance for crime and criminality was maintained.

He commended the new commander for observing areas of interest and improvement at the state’s international airport.

He consequently directed management of the airport to commence the process of integrating special Air Force personnel to ensure the airport was made safer.

He also assured that he would facilitate the presence of of all relevant federal government agencies at the airport.

He said: “Here in Bayelsa, we have a very cordial working relationship with the military and the Air Force is no exception. We partner, collaborate and synergise.

“We believe that your coming will further cement the relationship that already exist between the Air Force and the good people and government of Bayelsa State as well as the military in general.

“Let me thank you for raising several issues about the newly functional state international airport. You have requested for very special forces to be integrated into the security of the airport. I hereby direct the authorities at the airport to commence that process with your relevant personnel to ensure that our airport is safe.

“On the observation post, I will find out from the airport management and if the memo is on my table, I assure you that it will be approved. Anything security, we don’t play with it. So consider it already done.”

While commending the Air Force for proposing to build a befitting quarters for its officers, he directed the Commissioner fir Lands and Housing to immediately make available land as requested by the new commander.

Diri equally directed the Commissioner for Education to expedite action on the Air Force primary school under construction.

Speaking earlier, Air Vice Marshall Etuk-Udoh thanked the governor for his administration’s support to the military, especially in the area of logistics to enhance security in the state.