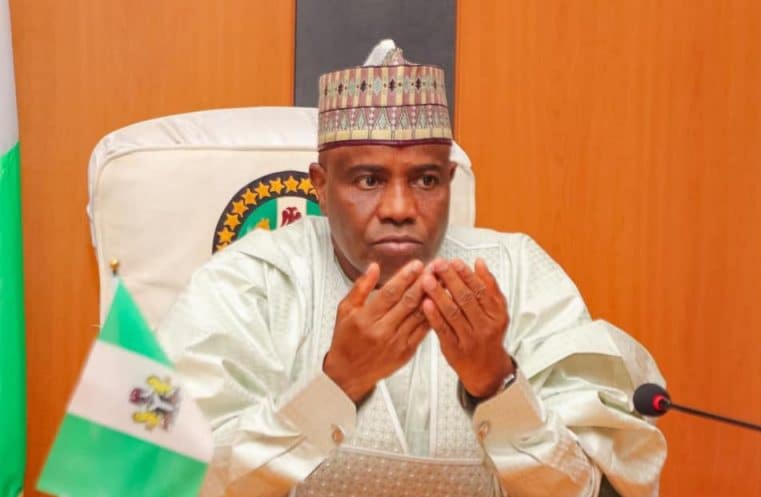 In a goodwill message issued on Tuesday (today) through his Chief Press Secretary, Onyebuchi Ememanka, Ikpeazu described Tambuwal as a leader worthy of emulation.

www.tracknews.ng reports that Tambuwal is the Chairman of Peoples Democratic Party Governor’s Forum and Ikpeazu is his deputy.

Tambuwal had celebrated his birthday on Monday, January 10 and Ikpeazu who joined a host of others to felicitate with the celebrant, said the PDP Governor’s Forum chairman has demonstrated quality leadership that proves why he remains a powerful advocate of unity in the country.

Governor Ikpeazu also described Tambuwal as a great Nigerian leader and powerful bridge builder whose style of leadership and politics have strengthened the unity of our country.

His message read partly: “Governor Tambuwal is a bundle of administrative experience.

“As a former Speaker of the House of Representatives, his deep knowledge of the political arena in Nigeria are obvious and this explains why he remains a powerful advocate of the unity of our country.

“As the Leader of PDP Governors, he has provided amazing leadership and we draw great inspiration from his leadership in our forum,” he said.

The Abia Chief Executive on behalf of the Government and people of Abia State wished Tambuwal the very best as he celebrates and prayed to God to grant him many more years of service to Nigeria.

Meanwhile, Governor Nyesom Wike of Rivers State has said that it will be difficult for the Peoples Democratic Party, PDP, to return to government in 2023 if there is disunity among party members.

Wike, who noted that the ongoing crisis in the ruling All Progressive Congress, APC, is an advantage the PDP must quickly grab, said the opposition may however also miss out in the race if leaders are not united.

www.tracknews.ng understands that Wike made the observations on Monday, January 10 when he paid a courtesy visit to his Bayelsa State counterpart, Sen. Duoye Diri at the Government House, Yenagoa.

The Rivers State Governor stressed that there is a need for stakeholders in the PDP to remain united and formidable ahead of the 2023 general elections.

According to Wike, citizens are already waiting for the PDP to return to power to salvage the country from the APC administration led by President Muhammadu Buhari.

He insists that the opposition party may face challenges nominating a presidential candidate if the governors and the other members were not united.