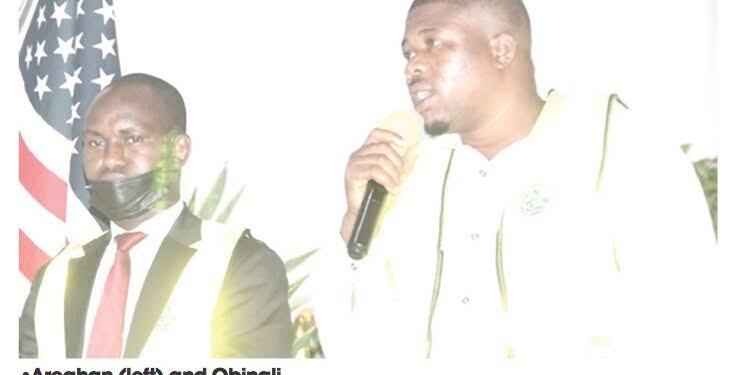 Thirty-year-old man, Obinali, who resides in Shomolu area of Lagos has given a shocking revelation how he was involved in internet fraudulent activities commonly referred to as yahoo yahoo.

He narrated how he fraudulently stole N4.5 million from a white man, Mr. Winson, whom he met online. The victim is a United States of America citizen, who resides in California.

He made the confession at a programme organised by The Lord Chosen Church, tagged: ‘What God has determined shall be done’ held on January 9.

Amazingly, Obinali was already a member of the church while he committed the cyber crime. But according to him, he didn’t spend from the money for reasons unexplained. He kept it and continued attending church programmes.

He stated that as the word of God kept piercing his heart, his eyes began to open that what he did was against God and humanity.

On a fateful day, he made up his mind to return the entire money that he collected from his victim. He said that it was like a heavy burden that left him immediately he paid back Winson’s money.

Obinali, who is into interior design, said that he had a setback in his business that required tens of millions naira to resuscitate. He said that his target was to collect as much as N60 million from the US citizen, but the man paid only N4.5 million, which he kept.

Asked what led him into internet fraud, he said that things were not going well with his business; therefore, he decided to consider elsewhere that could fetch him quick money.

According to him, he had operated for years from his Shomolu residence. He stated that all he needed were smart devices and internet service to search for his rich target.

His words: “Every time I went to church the pastor kept on mentioning that ‘if you have money that is not your own return it, and God will bless you.’ This was what actually moved me to return it.

“The white man was made to believe that he was rendering a help to my health issues, which was a lie. That was the lie I sold to him and he had compassion on me and sent the money.

“So when I returned the money, the white man was surprised that a person from Nigeria would return such a huge amount of money. He asked me repeatedly the country I am from. We were speaking through video calls.”

When Obinali was asked if that was his victim, he opened up: “All that one needs is just one rich man. You don’t need many people when you are into interwnet fraud. So, that was my victim.

“I didn’t regret returning the money. In fact, I am happy to have returned the money because the same man has today impacted into my life in so many ways.”

The repentant young man is advising the youths and those who are into internet fraud to desist from such illicit act. He warned that when they are caught, picking the pieces could be a tall order.

Obinali said that the white man had kidney problem and he was always in and out of the hospital. He said that the ailment got complicated that he could not drive his car. He depended on walker to aid his mobility.

He recounted how he was able to connect Winson to the founder of Lord Chosen, Pastor Lazarus Mouka who prayed for him. He said that the man’s health has improved tremendously as he could now drive his car and walk unaided.

He added: “The white man has given them (The Lord Chosen) a place in California Concord where they will be worshipping God.”

One of the church pastors in the US, Liberty Areghan, confirmed the story. He said that he lives in Maryland, while Winson lives in Oakland, California. He said when he was contacted from Nigeria by the church authorities, he went to visit the white man that was once defrauded.

He corroborated Obinali’s story that the money has been returned to the owner. He said that he was also curious to know who the young man was.

Areghan, therefore, called on the Nigerian government and others to continue to encourage Bible-believing churches, particularly where the undiluted truth is being preached without minding whose ox is gored. He expressed the belief that only the word of God could change even hardened internet fraudsters and make them good citizens.

Related Topics:Internet fraudster returns N4.5m to victim after repentance
Up Next