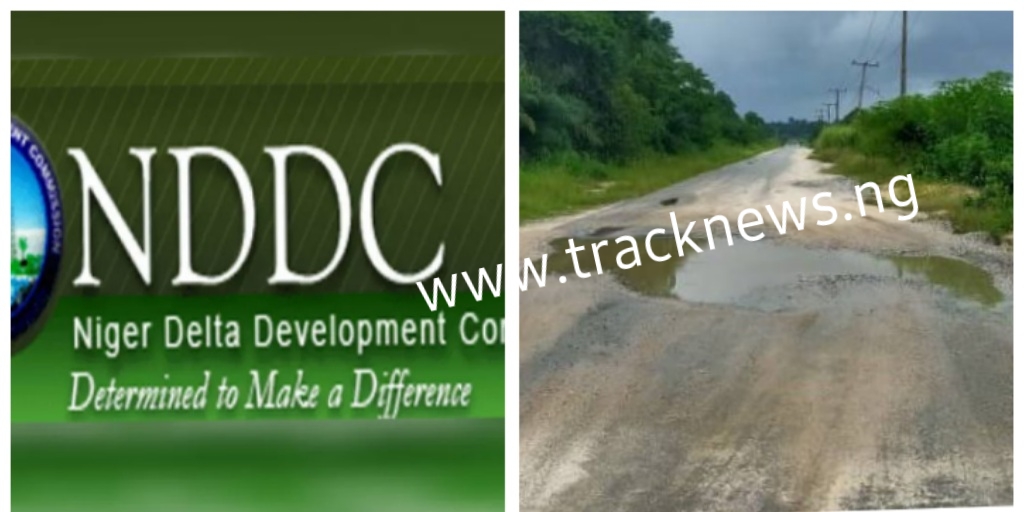 The NDDC in what appears a common practice in the violation of procurement laws and procedures, awarded billion naira road construction to unqualified and fake companies in Bayelsa State.

This is even as such act is a breach of the Procurement law that attracts up to 10 years imprisonment when found guilty.

This is even as documents obtained from the CAC regarding the company status, show it has no role linking it to civil engineering, let alone road construction.

The award of a billion naira contract to a company that has no role in road construction appears that the NDDC did not carry out due diligence in the contract award and has since contracted an unqualified company to undertake a job that requires professional expertise to execute.

The company that has its operational office at No. 10 Eriebe Street, Port Harcourt, Rivers State, has Okorie Kelechi, Olumuyiwa Adeoye, Kassis Elie as Directors.

www.tracknews.ng investigative team visit to the project site shows that the project was poorly executed with many portions of the road having potholes that put the lives of its user at risk.

A group of Odi and Trofani communities’ residents led by Mr. Tamuno Joshua, in interaction with www.tracknews.ng investigative team said they are happy over the road, pointing out how it has helped farmers in the area to convey their farm produce to market that allows for a maximum profit-making. A development they said was impossible without an access road.

In another compromised deal, the NDDC in the practice of what appears a common act of corruption that characterizes its operation awarded a million naira project to a fake company that does not exist.

Under the deal, the commission on August 10, 2010, awarded road rehabilitation at Elebele community in Ogbia Local Government Area of Bayelsa State to Messrs Beks Kmse Nigeria Limited at the sum of N221, 295,900.00.

Worse still, documents obtained from the CAC in response to FOI request regarding the status of Beks Kmse, show the company is fake does not exist.

However, a visit to the Elebele community in Ogbia Local Government Area of Bayelsa State by www.tracknews.ng investigative team show no such project was carried out in the area, while the purported construction was seen in a deplorable condition with residents lamenting.

Mr. Geseye Samson a community resident who spoke to www.tracknews.ng team said no construction was carried out in the area.

Miss Chika Chima, a community resident, speaking to our team together with another group of women, accused NDDC of diverting monies meant for community development through fake and inflation of contract figures.

“It is not new to us, we know what NDDC does is to steal monies meant for community development while the officials live big in cities”, Chima said.

www.tracknews.ng investigative team in an effort to get an official response from the authority, wrote to the NDDC and Ministry of Finance, asking for an explanation over the award of multi-million contracts to fake and unqualified companies by the NDDC across the Niger-Delta community, a request both the Commission and Finance Ministry have since refused to answer.