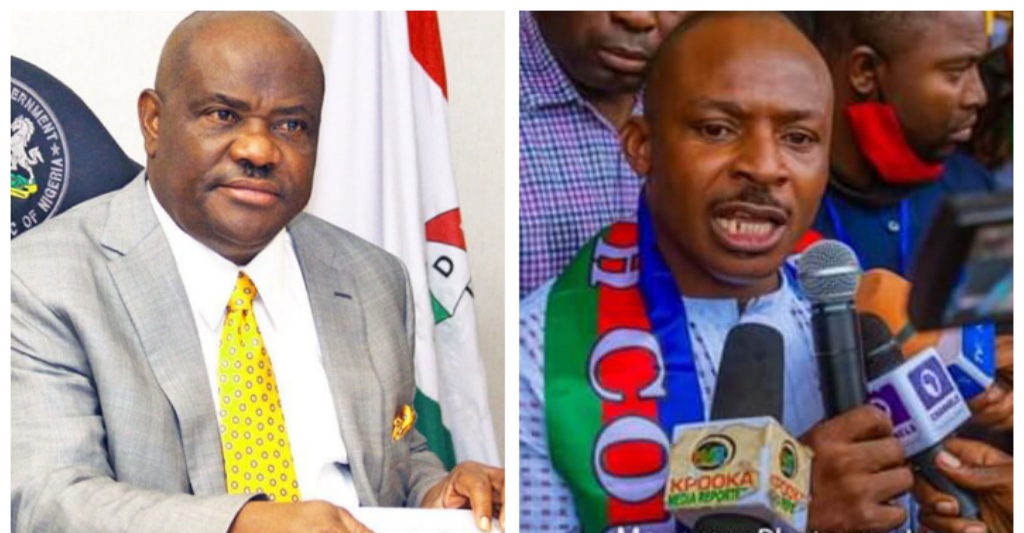 The Ijaw Youths Council Worldwide has faulted the Rivers State Governor, Nyesom Wike, over recent remarks credited to him allegedly against the Ijaw nation.

The President of the IYC, Peter Igbifa, in a statement in Port Harcourt, said it was sad that Wike, while making his speech during the Ogoni Day celebration, remarked that the Ijaw were behaving as if they owned the Niger Delta.

“We don’t know where he got the impression from. But whatever he said does not represent our noble ethnic group. Ijaw died during the 2015 elections that saw the emergence of Nyesom Wike as the Chief Executive Officer of Rivers State,” Igbifa stated.

He wondered what the Ijaw nation had done to the governor to warrant such a public outburst against the ethnic group that had supported his administration from inception.

Igbifa recalled that an Ijaw man and former President, Dr Goodluck Jonathan; an Ijaw woman and former First Lady, Patience Jonathan; alongside other Ijaw leaders picked Wike and made him the governor of Rivers State against all other Ijaw aspirants, including the ones they promised tickets.

He stated, “We are disappointed that Wike could stand on a public rostrum and throw tantrums at the Ijaw nation. His remarks were to say the least unfortunate.

The Rivers governor should have exercised restraints in his public utterances despite his misgivings against the Ijaw as a mark of respect for former President Goodluck Jonathan; his wife, Patience, and other Ijaw leaders, who railroaded him into the governorship seat of Rivers State.”

Igbifa described as wrong Wike’s claims that the Ijaw were behaving as if they owned the Niger Delta following the way some of them expressed themselves in public.