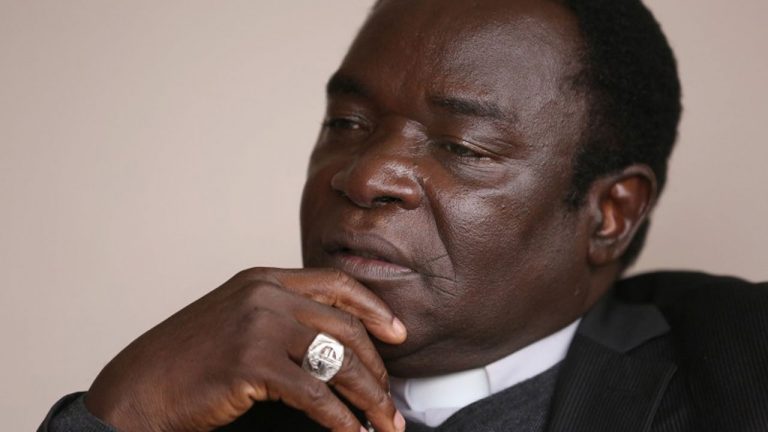 The Department of State Service (DSS) has reportedly invited Bishop Hassan Mathew Kukah of the Catholic Diocese of Sokoto State for questioning.

According top top sources familiar with the invitation, the cleric was invited to the DSS headquarters for questioning.

Kukah had yet to honour the invitation as of Saturday afternoon, Peoples Gazzette reports.

It was gathered that Kukah’s invitation is linked to recent comments about President Muhammadu Buhari and his handling of bandits.

The popular clergyman slammed the president for failing to curb nationwide insecurity.

In his Christmas Day sermon, the Bishop had accused Buhari of failing to show competence as terrorists, bandits and other violent criminals embark on a coordinated and relentless rampage across the country.

He had said: “We also have lost count of hundreds of individuals and families who have been kidnapped and live below the radar of publicity.

“Does the President of Nigeria not owe us an explanation and answers as to when the abductions, kidnappings, brutality, senseless, and endless massacres of our citizens will end? We need urgent answers to these questions.”

Related Topics:Just In: DSS Invites Bishop Kukah For Questioning
Up Next