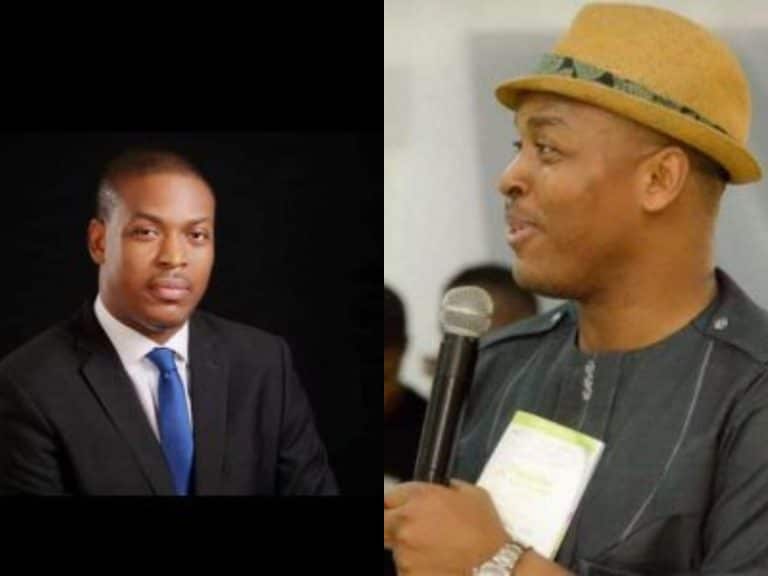 A staff of Silverbird communications, Chris Okenwa, has reportedly died.

Reports obtained by www.tracknews.ng on Tuesday (today) confirmed that the Silverbird TV and Rhythm FM presenter died after a brief health discomfort on Sunday.

It was reported that Okenwa had on Sunday evening at his residence in Abuja, complained of not feeling too well.

www.tracknews.ng understands that the deceased is survived by a wife and two children.

A friend of the deceased, Aigbe OA,who confirmed the sad news in a post on his Facebook page on Tuesday, said though the demise of Okenwa is painful to him, he is, however, happy that the Tv broadcaster died as a dedicated child of God.

Aigbe wrote on Facebook: “It’s been hard to comprehend the passing of my brother, my friend, my undergraduate coursemate, Chris Okenwa.

“He fought it hard. The good news is that Chris was a dedicated Child of God. Heaven will receive him with open arms. My condolences, particularly to his precious wife and two kids.”

A colleague of the deceased, Priscilla Doe Roberts described Okenwa as a great broadcaster.

She said: “My handsome colleague and friend is gone. You were one of my best friends who always had a fun thing to say. A great broadcaster. Sleep on bro, Chris Okenwa You will be missed.” 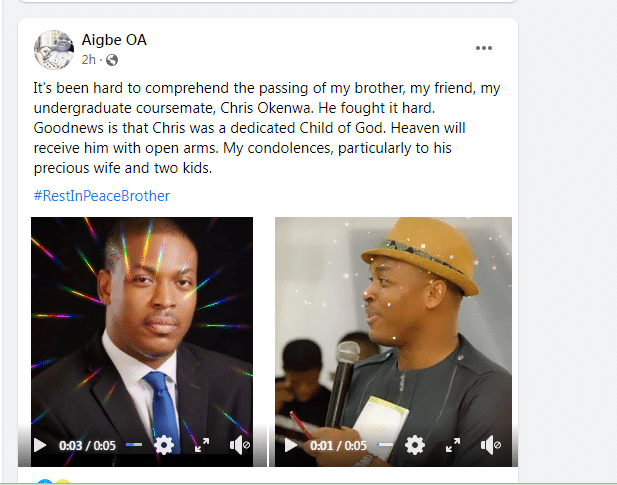 Related Topics:Just In: Silverbird TV PresenterOkenwa Dies In Abuja – [Photos]
Up Next