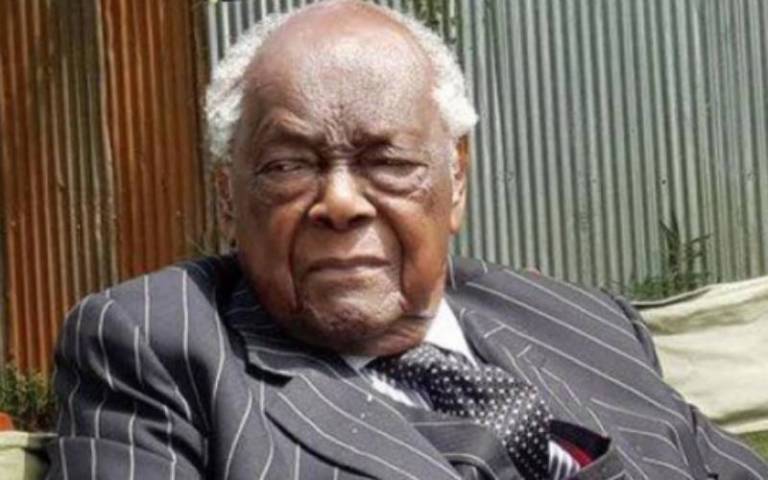 Charles Njonjo popularly known as “The Duke of Kabeteshire” has passed on at his home in Muthaiga, Nairobi.

According to his family, Njonjo died aged 101 on Sunday, January 2. His body was, thereafter, taken to Lee Funeral Home, where it was prepared for interment.

President Uhuru Kenyatta, in a statement on Sunday, confirmed the news of Njonjo’s death.

Charles Njonjo’s son-in-law, Carey Ngini, said the former Attorney-General had left a wish that he be cremated immediately after he dies.

Charles Mugane Njonjo served as Kenya’s first native Attorney-General between 1963 and 1979. He retired at the age of 60.

Kenyans joined in eulogising the man who was popularly referred to as “The Duke of Kabeteshire”.