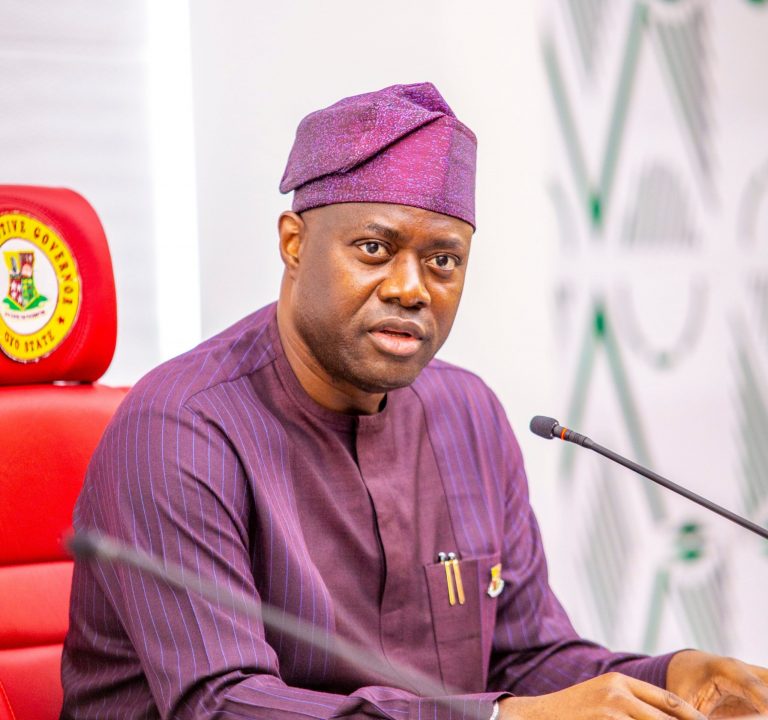 Governor Seyi Makinde of Oyo State on Saturday met with members of the Olubadan-in-Council behind closed-doors.

www.tracknews.ng reports that the meeting is being held at the Government House, Agodi Ibadan.

Sources told The Nation that the nominated Olubadan of Ibadan Senator Lekan Balogun; Ex-Governor Rashidi Ladoja and other members of the Council, numbering about 10, are attending the meeting.

Governor Makinde alongside other members of the Olubadan-in-Council are expected to speak to newsmen after the meeting.

A source close to the government hinted that the meeting was facilitated to resolve all issues concerning the selection of the next Olubadan of Ibadanland.

It was also gathered that Governor Makinde may appoint and or confirm the nomination of Balogun to become the next Olubadan of Ibadan.

Recall that Dr Lekan Balogun was endorsed as the next Olubadan of Ibadanland by ten of the 11 members of the Olubadan-in-Council.

The Osi Balogun of Ibadanland, High Chief Tajudeen Ajibola, made the announcement at a briefing by the kingmakers on Wednesday, Naija News reports.

The Council also debunked rumors insinuating a legal tussle could scupper the succession to the Olubadan throne.

According to Ajibola, the kingmakers single-handedly chose Dr Balogun as the one next in line to ascend the throne of Olubadan according to tradition.

He also denied rumors to the health and wellness of the new Olubadan-elect.

It would be recalled that Michael Lana, counsel to a former Governor of Oyo State, Rasheed Ladoja, opposed the plan to crown Senator Lekan Balogun as the next Olubadan of Ibadan.

www.tracknews.ng reports that Senator Balogun is presently the Otun Olubadan and he is next in line to the throne and seen as the natural successor

Related Topics:BalogunLadojaMakindeOthers In Closed-door Meeting
Up Next