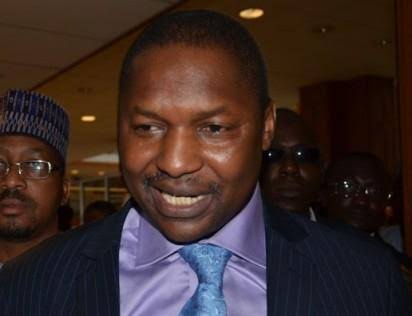 THE Federal Ministry of Justice, under the supervision of the Attorney General Federation Abubakar Malami approved N35 million for officials to attend a virtual conference in 2019, documents from the office of the Auditor-General of the Federation has shown.

According to the document, which was signed by the nation’s Auditor-General Aghughu Adolphus and seen by The ICIR, the money was raised in twelve vouchers ahead of the said conference.

One of the vouchers with No. Cap/014/19 dated 24/4/19 amounted to N30 million was raised as a cash advance to an unnamed officer of the Ministry of Justice. He stressed that the retirement particulars of the money revealed the conference was a virtual meeting, even in the 2019 financial year.

He stated that the officers that attended the program were majorly from South-South states the country. Others were from different agencies and commands.

Adolphus noted further that receipts for retirement from hotels were altered at the date columns such as the Le Meridien Hotel and Golf Resort in Uyo for N13 million, Ogbolosing Transport Company Nig. Ltd. for car hiring amounting to N160 thousand with no destinations and MC Print Ventures for N60 thousand.

All of these, the Auditor-General said, raised doubts as to the authenticity of the retirement particulars.

Another sum of N11.9 million was paid to one hundred and eighty-four officers from the South-South State Commands as transportation subsidy.

An additional N8.3 million was paid to them as accommodation subsidy.

The Auditor-General said the payments “contravened extant rules on DTAs of public officers in the civil service, and the above payments were made as if all the officers are on the same grade levels to collect the same amounts in terms of distance and DTAs”.

The Solicitor-General and Permanent Secretary of the Justice Ministry we’re directed to furnish reasons for payment of allowances for conference that was held virtually and payment to officers of another agencies.

They were also directed to account for the sum of N35.7 million and transferred from capital vote to finance overhead expenditure.

Nigeria To Conduct Digital Census In May 2022 – NPC