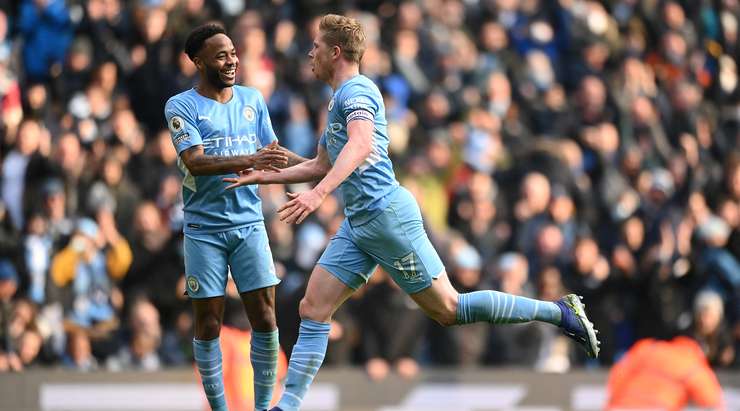 Kevin De Bruyne struck the only goal of the game as Manchester City beat Chelsea 1-0 to open 13-point gap at the top of English Premier League on Saturday.

Playing at the Etihad Stadium, City took charge of the game and pegged Chelsea to their half in the first half, dominating every aspect of the game.

Chelsea could not muzzle the stamina that saw them beat City three times last season, including winning the Champions League.

After frustrating City’s attack for greater part of the match, the homers broke the deadlock on 70 minutes and it was De Bruyne was the man who scored.

He struck from medium range. He buried the ball inside the right post. It was a deserved goal for City.

Earlier on 14 minutes, John Stones escaped his marker to connect with a cross and headed towards the top of the net, but the keeper pulled off an excellent save to deny him.

On 24 minutes, Kepa Arrizabalaga pulled off a great save to deny De Bruyne, who made himself some space inside the box and unleashed a quick shot towards the top of the net.
Jack Grealish almost opened scoring for City on 40 minutes as he darted into the penalty area to latch on to a pass, and unleashed a low shot in the direction of the right post.

Kepa Arrizabalaga was alert and denied him with a nice save.
On 48 minutes, Romelu Lukaku received an amazing defence-splitting low pass on the edge of the box and blasted the ball towards the left post. Ederson guessed his intention and dived superbly to deny him with a remarkable save.
De Bruyne, on 64 minutes sent a direct shot in from a dangerously positioned free kick. The ball sailed to the top left corner, but the goalkeeper made a quick save to deny him