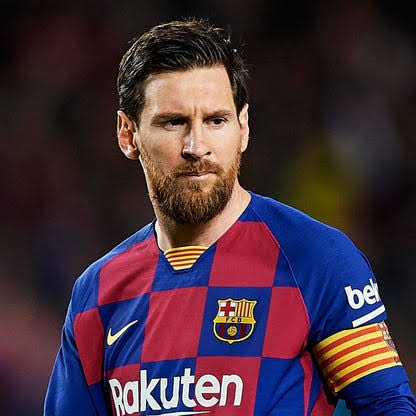 Messi and three other PSG players tested positive for COVID-19, the club disclosed on Sunday.

No fewer than four members of the Paris St Germain team, including star forward Lionel Messi, have tested positive for COVID-19.

The French Ligue 1 club disclosed this on Sunday.

PSG said in a statement that the four players were currently in isolation and subject to the appropriate health protocols.

France reported 219,126 new confirmed COVID-19 cases in a 24-hour period on Saturday, the fourth day in a row that the country has recorded more than 200,000 cases.

PSG are top of the Ligue 1 standings on 46 points after 19 matches, 13 points above second-placed Nice.

They are due to travel to third-tier club Vannes on Monday for a French Cup round-of-32 match.

Messi joined PSG from boyhood club FC Barcelona in August and the 34-year-old has scored six goals in 16 games in all competitions for the Parisian side.

Related Topics:Messiothers affected as COVID-19 hits PSG
Up Next