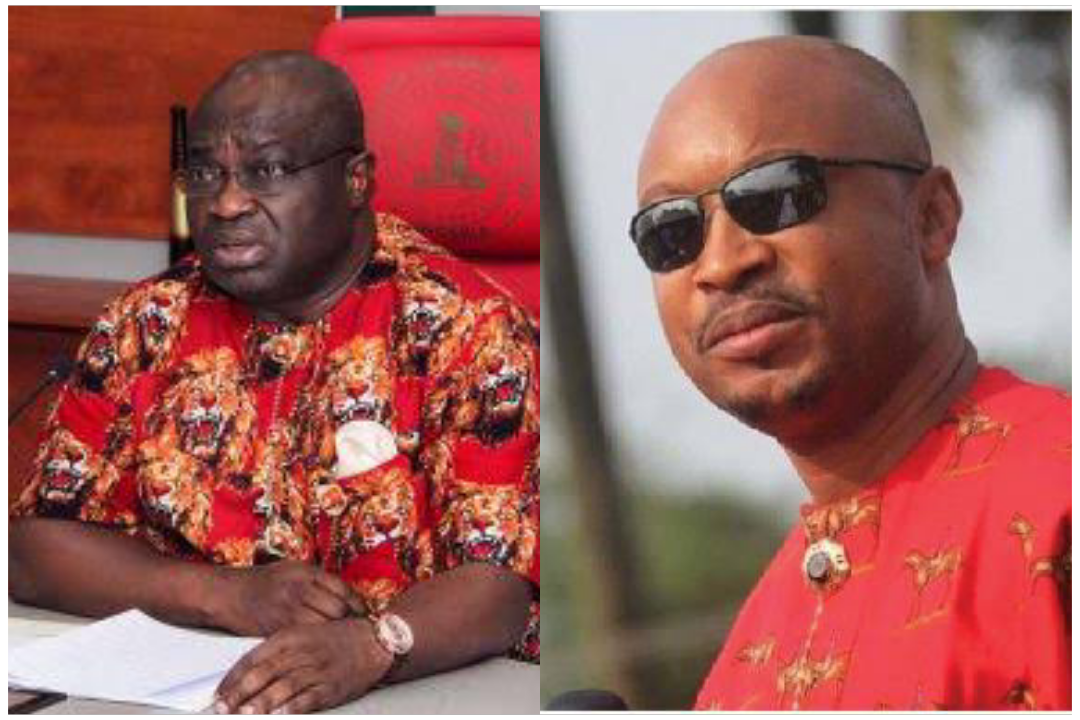 Days after the unearthing of the looting of Abia State coffers by Governor Okezie Ikpeazu using Tunnel End Investment Limited, a company owned by Enyinnaya Nwafor, more documents have emerged showing messier details of reckless plunder of Abia purse by the duo.

Nwafor is the son of a former Deputy Governor of Abia whose mother, Dame Gladys Nwafor, was a former Independent National Electoral Commission, INEC, National Commissioner in charge of South-East.

The mother was alleged to have played a major role in the emergence of Ikpeazu as governor in the 2015 general elections and Abians say the woman is being compensated through her son’s company.

For instance, on February 2, 2016, Abia State Government (ABSG) paid into Tunnel End account the sums of N153 million and N80 million. But immediately the funds hit Tunnel End account, a chunk was moved out in 14 transfers of N10 million each on the same day into the account of one Abdulrouf Abdulmumin, whom insiders said is a Bureau de Change (BDC) operator.

A Government House source told our reporter that as soon as the funds were converted to dollar, they were returned to Government House authenticating the suspicion of investigators that Tunnel End Investment is nothing but a special purpose vehicle to loot Abia purse by Ikpeazu using Nwafor.

Then, the following day, precisely February 3, 2016, the money laundering continued. The sum of N43.260 million was transferred two times from Tunnel End account to one Aliyu Mera, said to be another BDC operator.

Sensing that the account was running out of cash, Abia Government wired another N350m to the special purpose Tunnel End account on February 3, 2016 which was a Wednesday.

The same pattern of curious expenditure continued days later. On Monday, February 8, 2016, it was the turn of Sinostar Int. Nig, Ltd into whose account the sum of N80 was transferred in 8 transfers of N10m each.

The following day, SMT Nig. Ltd got its share of N66m in two transfers of N33m each. The busy account was given a breather but only for a few days as the pillagers returned on February 16 and transferred to Sinostar another N80m broken down to N10m each in eight transfers. Two days later, February 18, 2016, Sinostar got lucky again, another batch of N10m each in six transfer jumped into its account.

The account was running low but Abia Government was triggered with the signal of ‘low cash’ and pronto, on March 2, 2016, the total sum of N200m was transferred from Government House account in two instalments of N100m into the ever busy Tunnel End Investment account which was now behaving like a well-behaved, glitch-free ATM (Automatic Teller Machine). And as is the convention, the money started leaving the account in batches of N10m some in 4, 6 and over ten transfers in a day.

A computation done by our reporter from available documents showed that in the first six months of 2016 alone, over N2.68 billion was moved from Abia Government account to Tunnel End Investment account just for sharing.

Security sources said what has triggered their curiousity is the consistent splitting of funds and the frequency of the transactions.

“When you see an account behaving in this manner, you are almost certain there is something that does not meet the good corporate governance of credit and debit whether it’s a private or corporate account,” a security source familiar with the matter told our reporter.

Sources at the Economic and Financial Crimes Commission, EFCC, told pointblanknews.com that three Bureau De Change operatives in a statement confessed how funds wired into their accounts by Tunnel End Investment are changed from Naira into Dollars and taken to the Abia Government House in Umuahia.

Diri: Only PDP Can Rescue Nigeria

Obasanjo not a democrat, reason true federalism is absent in Nigeria —Ex-Gov, Attah