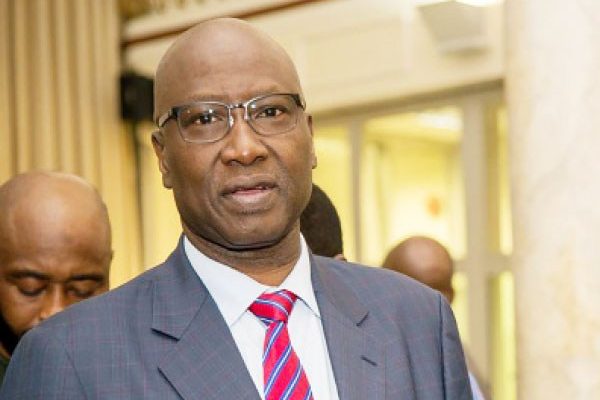 The federal government of Nigeria says the image of the country has been deeply tarnished by corrupt practices and efforts must be sustained to reverse the trend.

The Secretary to the government of the Federation (SGF), Boss Mustapha made the submission in Abuja on Thursday while inaugurating the board of the Economic and Financial Crimes Commission (EFCC).

www.tracknews.ng reports that the 23-member EFCC board is the first to be put in place by the Muhammadu Buhari administration for the commission since it came into power in 2015.

The SGF, therefore, stated that it is part of the responsibilities of the EFCC board to support the government’s fight against corruption and redeem Nigeria’s image both locally and internationally.

“The unfortunate thing is that what we have battled with this internally and in-country, we have successfully exported it out of this country. So, your job and your role would extend beyond the borders of this nation, because it does hurt our image as a country. It has deprived us of even direct foreign investment,” Mustapha said.

“It has created a doubt as to the sincerity of people doing business with us, outside the shores of our country.

“So, we must do everything and you are the ones that are assigned the responsibility of creating a new image for Nigeria, and your actions and activities will in no small measure help Nigeria redeem its image.”

He said the board members are aware of the task before them and will put in their best to tackle all forms of economic and financial crimes in the country.

Bawa commended the composition of the board, noting that it comprises people with experience and knowledge.

He said: “The EFCC has been without a board for six years sequel to a series of events that had happened which warranted the non-existence of the board of the EFCC in the last six years,” he said.

“So, it is something that gladdens the heart, with me, of course, being a former staff of the EFCC and now the chairman of the EFCC, that today, the EFCC has a board spearheading the policy direction of this problem that we have — the economic and financial crimes in this country.

“As you have said, your excellency, we have a saying at the EFCC that we have one of the most cosmopolitan boards, looking at public service in this country, looking at the composition of the fact that all law enforcement agencies and security organizations in this country are represented on the board as well as other regulatory agencies like NICOMSAT as well as Central Bank of Nigeria.

“So, we’re happy for this day. And I want to assure your excellency and the government of the Federal Republic of Nigeria that we’re not unfamiliar with the daunting task before us.

“We have been doing well. Last year had been a difficult year with COVID-19. But the EFCC has managed to set a new record in terms of recoveries and convictions.

“With the inauguration of this board, I believe with the wealth of experience that all of us are bringing to the board, we will be able to do better.”

Related Topics:Nigeria Has Exported Corruption And Must ‘Fight’ To Redeem Its Image – Boss Mustapha
Up Next