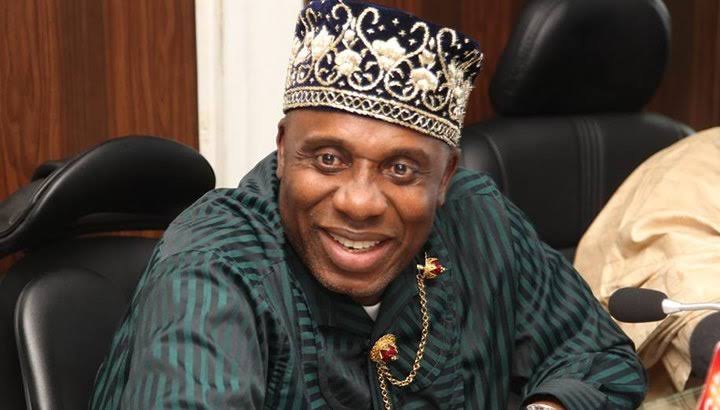 Some political groups in the North have called on the leadership of the All Progressives Congress, APC to reward Minister of Transportation, Hon. Chibuike Rotimi Amaechi with the 2023 Presidential ticket for his unwavering loyalty to President Muhammadu Buhari, the North as well as the party.

The groups, hence, stated their resolve to draft Amaechi into the forthcoming presidential election.

They lauded the minister for rehabilitating and reconstructing the hitherto moribund railway sector, saying the immediate past Rivers State governor had been a loyal member of the APC who should be rewarded with the presidency. The position of the group followed the outcome of its meeting held in Kaduna on Tuesday.

In a communique issued at the end of the meeting in Kaduna and signed by its chairman, Mallam Hamisu Hadeijia, the groups appraised Amaechi efforts at reconstructing the once comatose railway sector, noting that with coming into life of some of them, the North is set to regain its pride of place as an economic hub.

“We have watched with keen interest all the efforts of the minister to revamp some of the strategic rail lines in the North. With these, we are convinced that in no distant future the region will regain its lost glory as an economic hub”, they stated.

Specifically, the group lauded the efforts of the minister in bringing to light the Abuja-Kaduna rail line, the ongoing Kaduna-Kano line as well as Katsina-Maradi rail line.

“All these are bringing relief to the teeming citizens and residents of the region who are set to take advantage of the availability of the rail lines to facilitate trade and commerce,” Hadeijia stated.

On the political front, Hadeijia on behalf of the groups, lauded what it termed Amaechi’s “unwavering loyalty to President Muhammadu Buhari, the North as well as the APC.

“We have observed for the record the role of His Excellency, Rt Hon Chibuike Amaechi in the emergence of President Buhari in 2015. What even thrills us is that Amaechi took a very big risk to support Buhari, even at the expense of a sitting president from his region.

Hadeijia stated that a definite decision would be taken in March after the group had finalized and perfected plans to draft the minister into the race.

Related Topics:Northern Group To APC- Reward Amaechi With Presidential Ticket For His Loyalty To Buhari
Up Next

2023 Presidency: South-West Has Qualified Leaders, Tinubu Not One Of Them – Bode George