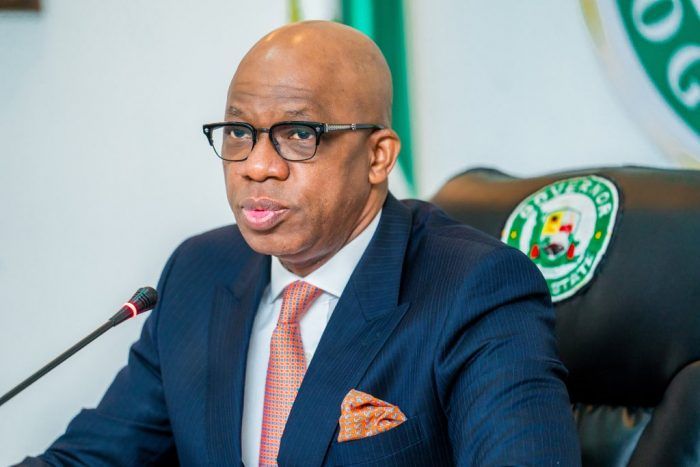 Governor Dapo Abiodun of Ogun State, on Friday, hinted that the state tops the ladder of the internet fraudsters known as “yahoo boys” in Nigeria.

He also disclosed that the internet fraudsters recently held an award ceremony in Abeokuta where prizes were given to “best hacker and fraudsters.”

The governor quoted the Chairman of the Economic and Financial Crimes Commission (EFCC), Abdulrasheed Bawa, to have made the revelation while engaging in at an event in Abuja.

Abiodun spoke at the Arcade Ground, Oke-Mosan, Abeokuta, during the launch of the state joint security outfit, code-named OP-MESA on Friday.

The governor, however, said he told Bawa that activities of the “yahoo boys” are rampart in Ogun because the state plays host to the highest number of higher institutions in the country, a position, he said the EFCC chairman agreed to.

He announced his government’s preparedness to set up a commission to fight financial crimes in the state, with a view to flushing internet fraudsters from the state.

Abiodun also declared war on resurgence of kidnapping, saying they have no place in the state.

“Let me reiterate that we will make Ogun State inhabitable for all criminals. The other day I was in a meeting in Abuja and in attendance was the Chairman of EFCC. And sadly he said to me, ‘Ogun State tops the list of Yahoo Yahoo boys.’ Sadly.

“But I said to him that I am not surprised because Ogun State is the education capital of this country and you would find such yahoo yahoo boys around educational institutions, and he agreed with me. He went ahead and said to me that ‘the other day, Yahoo Yahoo boys had an award ceremony in Abeokuta, an award ceremony where they were awarding prizes to the best hacker, the best fraudster.’ of course with a sting operation at that award ceremony, some of them were arrested.

“We have decided to set up our own state commission that would be targeted toward eliminating these financial crimes. Our state commission will collaborate with other commissions so that we do not occupy that first place in this area. We have been first in many areas, but not in fraud and yahoo yahoo.”