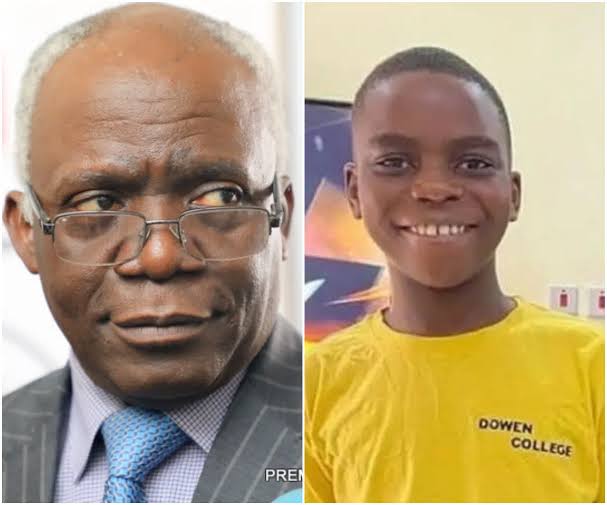 A human rights activist, and Senior Advocate of Nigeria, Femi Falana has lambasted the Lagos State Police Command of making a mockery of the death of Sylvester Oromoni, a student of Dowen College, Lekki, Lagos.

He said it was inhumane and a mockery of the death of Master Oromoni for the Lagos State commissioner of Police, Hakeem Odumosu to speak on the report on the cause of death of the late student.

Sylvester had reportedly told his parents before he died that he was beaten by some senior students of the school, and dived to drink a concoction, because he refused their cult group.

Odumosu had addressed a press conference in the state where he had told members of the public that the report on the inquest from Lagos on the cause of death of Sylvester showed that he died of “natural causes”.

But Falana who spoke on Channels TV Sunrise Daily on Monday, lamented that Odumosu had no right to read out such a report, adding that the only person permitted by law to read the report was the coroner.

According to him, stating that Sylvester died of ‘natural causes’ was vague, and it was not specific on the actual cause of death, as an inquest report from Delta State had previously stated the exact cause of Sylvester’s death to include a collapsed lung due to chemical poisoning.

He accused the Lagos Police command of a cover up in the death of Sylvester, adding that as the lawyer to Sylvester’s family, he had applied for a copy

Related Topics:Police making a mockery of death of Dowen College studentSylvester —Falana
Up Next

Lady Who Visited Mummy G.O’s Church Out Of Curiosity Shares Her Experience |Photos