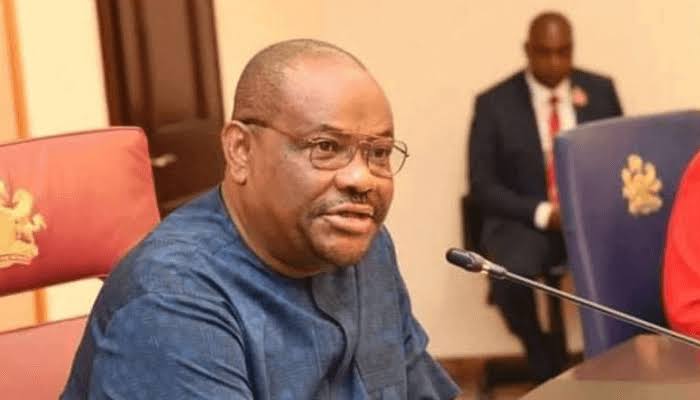 The Governor in a statewide broadcast on Sunday accused the identified persons of causing the black soot which has constituted both an environmental and health challenge in the state capital of Port Harcourt.

Apart from the illegal refiners, www.tracknews.ng reports Wike also ordered the Rivers State Head of Service to query a Director in the State Ministry of Energy, Mr. Temple Amakiri whom he accused of aiding the illegal oil bunkering activities.

Amakiri is to be handed over to the Polic for prosecution, the Governor ordered.

Wike in his speech on Sunday said the details of the identified illegal refinery owners has been submitted to the Rivers Police Command, urging those on the list to present themselves willingly to the security agents.

“We have also identified those behind illegal bunkering activities in Okrika communities, Port Harcourt Township, Rivers South-East and Rivers South-West Senatorial Districts and their names would be soon published and declared wanted, if they fail to voluntarily report to the Police,” the Governor said.

While affirming the total ban on the use of motorcycles in Obio/Akpor and Port Harcourt councils, Governor Wike also accused some traditional rulers of allowing street trading to go on unchecked in their domains because of money they are collecting from the traders.

He threatened that if such monarchs don’t bring the situation under control, they should be prepared to be removed from office.

Those in the category according to the Governor are the traditional leaders, including members of Community Development Committees and youth leaders of Rumuola, Rumuogba and Okoro-nu-odo communities.

“Consequently, I hereby direct the traditional leadership of Rumuola, Rumuogba and Okoro-nu-odo communities to immediately stop all street trading activities around, in or under the flyovers in their respective domains or be deposed, arrested and prosecuted.

“Similarly, the traditional leadership of Rumuwoji Mgbuduku, Obiekwe, Nkpolu-Oroworokwo, Abali, Rebisi, Rumukalagbor-Oroworokwo and Ezimgbu communities are hereby directed to enforce the ban and ensure that no form of trading takes place around and under the flyovers located in their communities,” he ordered.

Governor Wike also directed the enforcement of a ban on the use of umbrella and table trading stands in the entire old and new GRAs of Obio/Akpor and Port Harcourt City, Eleme councils.

In his view, criminals are using the means to monitor the movement of important persons in the society.

Details Of Meeting Between Ikpeazu And Orji Kalu Emerges