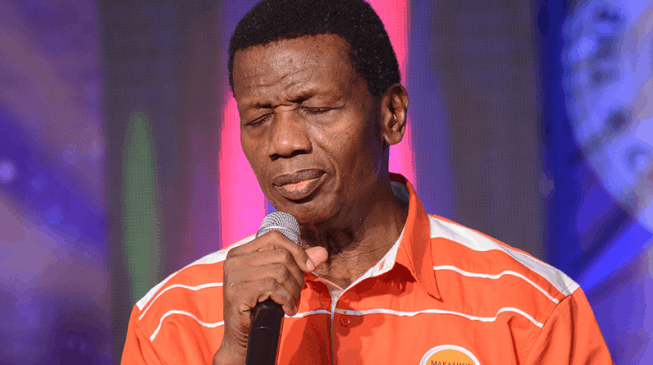 The General Overseer of the Redeemed Christian Church of God (RCCG), Pastor Enoch Adeboye, has released powerH reports that Adeboye released the prophecies from God during the annual CrossOver Service in the 2022.

In the prophecies for the new year, the popular clergyman warned his ‘children’ against all manner of prophecies from different ‘men of God’.

He warned that the Omicron variant is not a baby of COVID-19 but a grandchild.

1. God said more than eighty percent of projects started in 2022 will succeed.

2. This year will be a year of the emergence of previously unknown stars.

3. Inspire of everything happening, this year is going to be a year of massive breakthroughs in science and finances.

4. Infant mortality rate will drop by at least 50%.

6. The world won’t get out of the woods until they admit that Jehovah is God.

Solution to COVID-19 and other world problems…

Pastor Adeboye called for 1000 volunteers to join him to seek the face of the Lord for Nigeria and the World, adding that they would fast for 72 hours to ask God to cure the world of this plague.

He stated that the praying will be done early in February, 2022, asking those willing to be volunteers to contact his secretary. Volunteers can call his secretary on the following number – 07087805722.

8. God says that there will be two monstrous storms, one coming from the Atlantic (hurricane) and p other from Pacific Ocean (typhoon). He added that unless they are weakened before they make a landfall the result would be terrible.