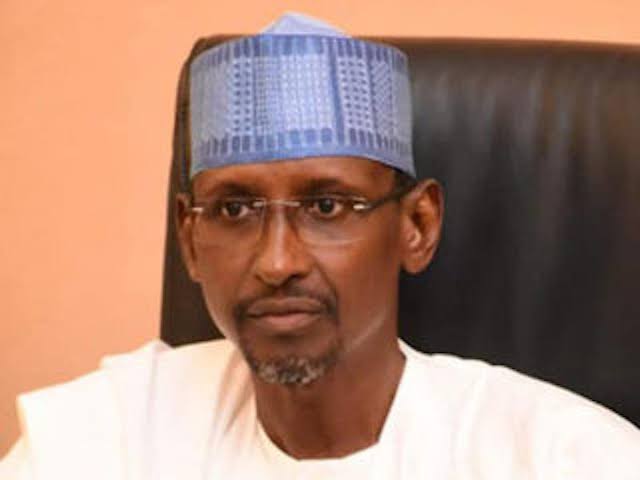 fct minister mohammed bello
An Abuja resident, Mr Johnson Oyewole, has sued the Minister of the Federal Capital Territory, Mohammed Bello; the Director, Department of Resettlement and Compensation, Mrs Perpetual Ohammah; the chief of Gyadna, Jubril Hassan; and five others for demolishing his apartment in the Gyadna community.

In an application for the enforcement of his fundamental rights dated December 19, 2021, filed before an FCT High Court by his lawyer, Abraham Abisoye, the applicant is demanding N200 million from the respondents for general and exemplary damages.

Oyewole, whose four-bedroom bungalow was demolished on December 6, 2021, said he was victimised for petitioning the Independent Corrupt Practices and Other Related Offences Commission over the alleged fraud perpetrated by the Federal Capital Development Authority officials in the payment of compensation to homeowners in the community.

The applicant said he was not given any prior notice before his apartment and four other buildings were destroyed while other structures that were marked for demolition were spared.

He described the demolition of his house without compensation or authorisation as unlawful, unconstitutional and a violation of his fundamental rights as enshrined in the constitution and the African Charter on Human and People’s Rights, Act, 2004.

Oyewole, who is a member of the Nigerian Army Resource Centre, explained that in 2019, the first respondent (FCT minister) through the second respondent assessed 66 houses in Gyadna village out of which 60 buildings were recommended for compensation.

“That even though the assessed property of the applicant was valued at N20m, the first respondent awarded him N2.840m which did not get to him till date but was diverted by the second, third and fourth respondents to Salini Nigeria Ltd.

“We submit that the applicant is entitled to general and exemplary damages in the sum of N200mn against the respondents jointly and severally.”

You Have Taken Nigeria From Top To Bottom – Ortom Slams Buhari