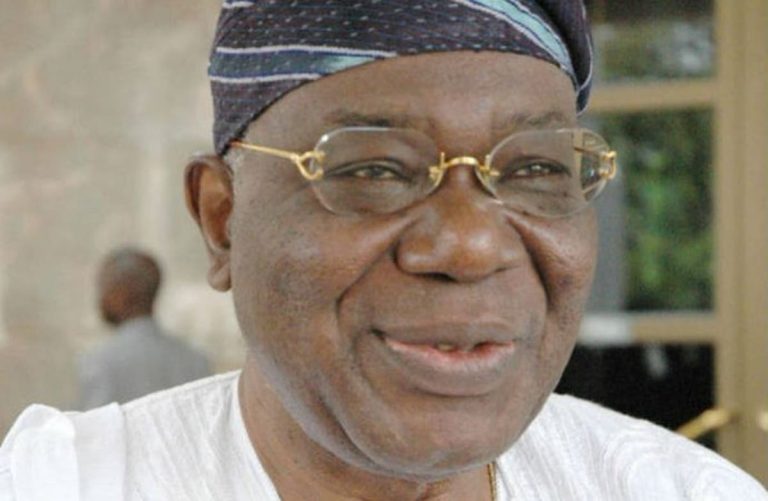 The federal government of Nigeria has ordered that the country’s national flag be flown at half-mast for three days as a sign of mourning and respect.

The directive by President Muhammadu Buhari follows the death of the former Head of the Interim Government, Chief Ernest Adegunle Oladeinde Shonekan who passed away on Tuesday at the age of 85.

The President’s directive was contained in a press release on Tuesday signed by the Secretary to the Government of the Federation (SGF), Boss Mustapha said the flags will be at half-mast between Wednesday 12th and Friday 14th, January, 2022.

The statement reads: “Following the death of the former Head of the Interim Government, Late Chief Ernest Adegunle Oladeinde Shonekan, GCFR, President Muhammadu Buhari, has directed that the national flag be flown at half-mast, effective from Wednesday 12th – Friday 14th, January, 2022 as a mark of respect for the former Head of State who died on Tuesday 11th January, 2022 at the age of 85.”

Meanwhile, in a separate statement, President Muhammadu Buhari has reacted to the death of the former Interim Head Of State, Chief Ernest Adegunle Oladeinde Shonekan.

In a condolence message on Tuesday released by his media aide, Femi Adesina, the President expressed deep sadness over the demise of the former Nigerian leader.

Buhari said Shonekan left his flourishing business career to become the Head of Government when the country needed someone to save the nation from “sinking”.

The president said Shonekan demonstrated his love for the country and commitment to her development, peace, and unity until his death.

He, therefore, consoled the widow of the former leader, Mrs. Margaret Shonekan, and the deceased’s family, saying his service to the nation would never be forgotten.

Related Topics:Shonekan: Buhari Orders National Flag To Fly At Half-mast For Three Days
Up Next