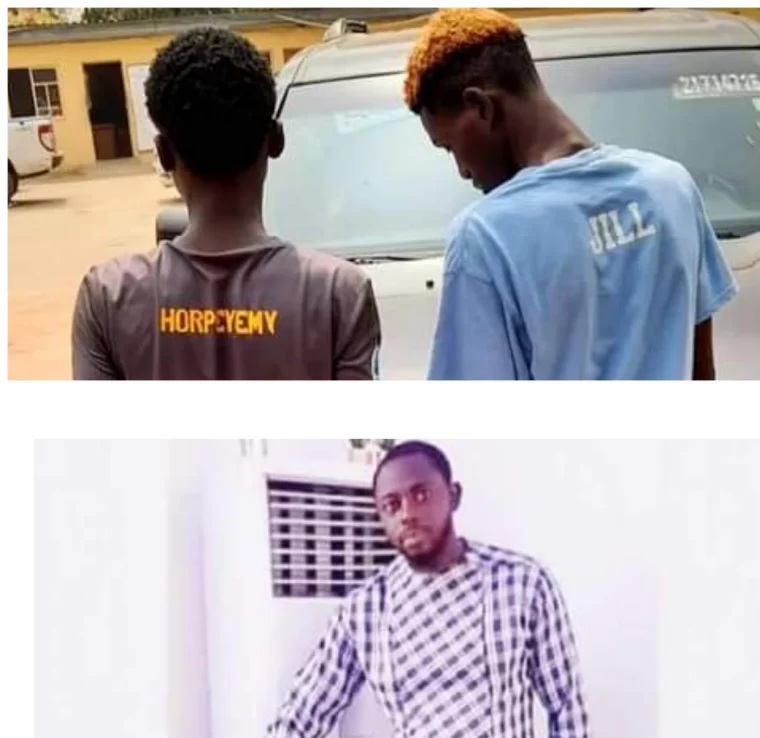 Two suspects, Farouk Mohammed and Jamiu Kasali, who were caught by the Lagos State Police Command have revealed how they murdered Pastor Babatunde Dada of the Redeemed Christian Church of God, RCCG on 6th Avenue, Festac Town.

The suspects reportedly lied to the pastor that they were strangers in Lagos and had nowhere to go.

The deceased provided a room for the suspects in the church and was later murdered at 12 noon the next day, www.tracknews.ng recalls. After stabbing him, both men made away with his bag containing some money.

AIG Hakeem Odumosu, the Commissioner of Police in Lagos revealed that Mohammed was tracked to Ilorin, Kwara State while Kasali was arrested in Festac Town, Lagos.

In an interview with Vanguard, Kasali opened up on how they carried out their dire act.

“On the day we struck, the Pastor came to Church in morning, gave us money for food and left. Later, he came in with a bag containing money,

“Few hours before then, Farouk got a telephone call from his mother, urging him to come home quickly that she was sick. We were contemplating on how he would get money to take his mother to the hospital when the Pastor walked in with the bag containing money.

“We followed him upstairs, hit him with a plank, before stabbing him with a broken bottle in the neck. He fell down. We grabbed the bag and left the house.”

15-year-old Mohammed also revealed that he told his parents that he was coming to Lagos for a show.

He said: “I lied to my mother that I would get at least, N200,000 from the show. We are upcoming musicians. We have been in the industry for three years. When things were not going on as planned, we decided to do something else in order to invest in our music industry. My stage name is Zealight while Kasali’s J Fresh.

“Our mission in Lagos was to look for where to perform. But that plan changed immediately we saw Pastor with the bag containing money.”

The AIG has said that the suspects would be charged to court.

Related Topics:Suspects Reveal How They Murdered RCCG Pastor After He Offered Them Shelter
Up Next

BURSTED! Househelp Who Fled With Her Madam’s Son In Lagos Arrested In Ogun